Skip to content
You are here
Home > Latest Posts > News > Smarterphone OS: A tale of competitive advantage for Nokia!! 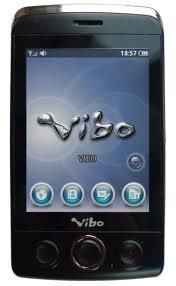 So what made Nokia buy a brand new OS from some other company,when they have S40,S30,Symbian,Meego; all inhouse and succesful OSes.Hmm! not so difficult to understand that this is to achieve what is a very important term used in corporate strategy parlance,”competitive advantage”.In layman terms,This means something which gives you upper hand as compared to competitors in selling yourself to your customers.Now let us have a look at what this new OS has to offer.Going to smarterphone website offers very interesting insights into a new version of the OS,

“We are proud to announce version 3.2 of Smarterphone OS. In this release we are featuring

– MultiSIM. It makes possible to use more than one SIM card. – BiDi. This feature adds support for bidirectional writting. Necessary in languages like Arabic or Hebrew.

– Video upload support. – Better support for comments and status. – Use pictures of friends in the address book. – Posting of pictures. – Chat.

We have not forgotten about Twitter and we made it easier to use. Support for uploading videos to Youtube has been added.

There are many changes users won’t directly see, but they will feel them. I am of course speaking about performance. The software is noticibly faster and has a smaller memory footprint.”

There are some video links given as well which gives a good glimpse of a very promising OS and with little tweaking in UI it can be a real winner.

This OS which Nokia has confirmed to be for the next Billion strategy/Meltemi OS augurs good times ahead for so-called dumbphone users.It will certainly give Nokia potential to outdo competition because it provides a combo of cell phone like price and smartphone like interface and usability,which is a masterstroke.