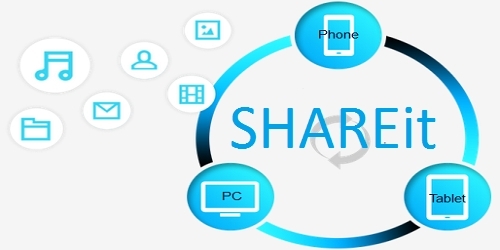 One of the popular cross platform file sharing app SHAREit. SHAREit is available for PC and mobile devices as we know already. Now today while talking to one of the user of SHAREit on twitter, the official profile of SHAREit has revealed that company is working on new Windows Universal app. And the app will available for all Windows 10 powered device including phone’s and PC’s.
According to user, he was trying to connect his Windows Phone to PC by using SHAREit. But he was unable to do that, because the PC app was asking for updated app. So he contacted SHAREit official twitter profile about the problem, and they said that they are working on new universal app.

@my_tweeps Next WP version will be Universal App. Developers are working on stability of Connect to PC feature, sorry for inconvenience now.

This seems to be great news for Windows and Windows Phone users, with this another Windows Universal app will be available to users. So hang on users, the next update to the app will be little big, and the app will be universal.
Does our readers are happy with this news, let us know in comment section below.