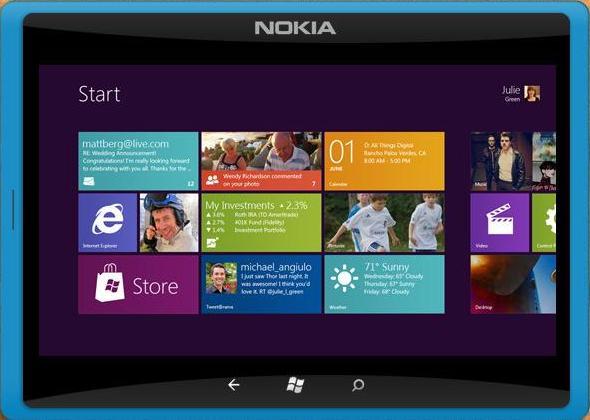 Rumor mill is abuzz again about Nokia’a Tablet which may be revealed at MWC. Latest report claims that it will come with battery charging enabled cover which envelops tablet like a book. It will also provide a keyboard and a kickstand for the tablet. A battery built into the cover can be used to power the tablet once it runs low on energy. Tablet is supposed to have a 10-hour capacity with fast charging that boosts the battery capacity to 50 percent in a short period of time.

USB ports and HDMI port will provide additional connectivity along with cellular connectivity inbuilt into the Tablet. AT&T will be the first one to sell the Tablet in the US, which may be true considering the relation between Nokia and AT&T. The display is said to be similar to Microsoft’s surface, though we would love to see Nokia bringing PureMotion tech to the Tablet along with high pixel density as of Lumia 920’s display.

Rumors are rumors, but coming form The Verge gives it a bit of authenticity. Keep your fingers crossed then :).