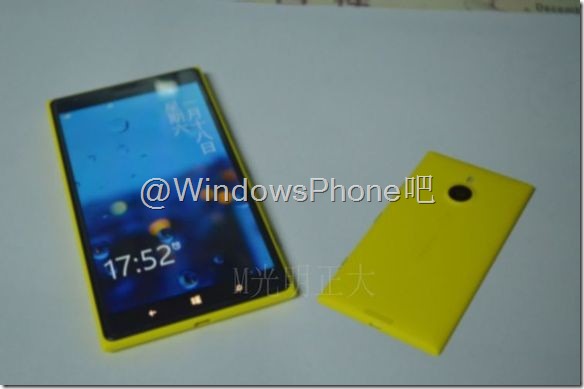 Well, I am still not able to see the logic behind this device, but if rumors have to be believed, we will see Lumia 1520 mini aka Lumia 1520V launching in April with Windows Phone 8.1 on-board. WPBar has now posted slightly clearer image of the Lumia 1520V and some specs have changed. No more 1080p display and it is now rumored to have 1280X768 display. Below are the latest details,

If this rumor comes true, then Nokia or rather Microsoft may be following the trend of ‘minis of flagships’ from other companies like Samsung Galaxy Minis and Sony’s Xperia Z1 F / S. Only advantage of  this rumored mini over current crop of Lumia 92X looks to be the 14 MP camera. Processor details are unknown, so let us see what the rumor mill churns our next.

Much more interesting is certainly the global variant of Lumia 1520 with 5.2-inch screen, which we discovered and reported earlier as RM-964.