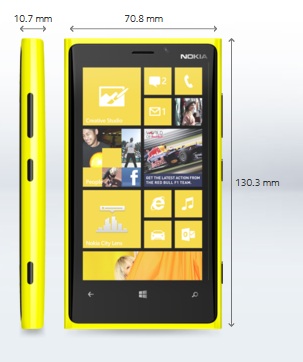 Reports from multiple sources are indicating that Lumia 920 will start selling in US and Europe market from November. While for AT&T in US the date is 2nd of November, for Europe it is second half of November. By going on sale in November, the Lumia 920 will hit stores in time for the key holiday sales season.

The Verge reports from multiple sources familiar with Nokia’s plans that Nokia is aiming for a November 2nd launch of its flagship Windows Phone 8 handset in the US. It has been revealed that the company is currently working with Microsoft and AT&T to complete a number of tests required to sign the device off in time. AT&T is currently testing the Lumia 920 in its labs, with a view to launching it on November 2nd.

Also according to Reuters, An executive at an eastern European telecoms operator said that Lumia 920 will go on sale in the second half of November on his network and also added that larger countries would receive the model earlier that month.