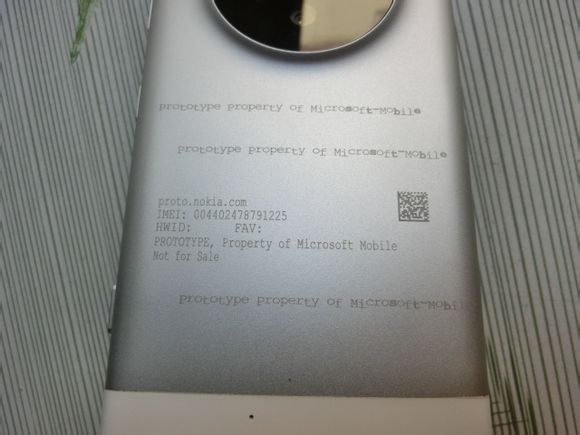 Porototype of a new Lumia device has leaked in images in China. This is not another mid-ranger and judging by the leaked images, it looks like the Lumia 1020 successor with a metallic design. It has 1080p resolution display, 2 GB RAM and a big rear camera hump. The display size looks like 5-inch.

The camera details are not known yet, but the above images says it all and it certainly looks like Lumia 1020 successor with a big camera sensor on the lines of Lumia 1020. The device has RM-1052 variant code and may be called Lumia 1030, if the continued Lumia naming tradition is taken into account.

It doesn’t look like Lumia flagship “McLaren” though, that was supposed to come in the fall and was dropped later. The device was supposed to some with 3D-Touch aka hover based interaction and packed with cutting-edge hardware.

Microsoft will be at MWC 15 and we can expect Microsoft Mobile announcing many more Lumia devices, as we have seen three more in Adduplex database.