Skip to content
You are here
Home > Latest Posts > Post exclusivity announcement, 72% will still buy Lumia 920, 50% ready to switch carriers for it. 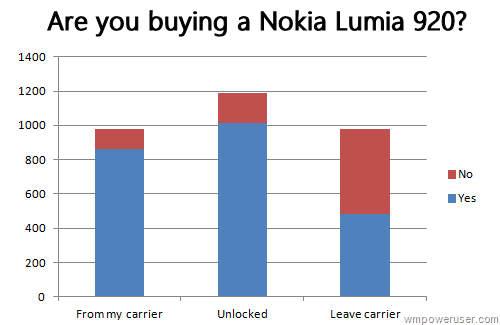 This must be heartening news for Nokia. Post announcements of Lumia 920’s exclusivity for AT&T , many were disappointed and it certainly looked like a blow to Lumia 920’s chances of generating good sales. WMpoweruser conducted a poll to asses the situation and results are interesting and certainly encouraging for Nokia.

Though 72% vs 83% doesn’t look too bad, but considering the fact that the poll respondents were mostly Windows Phone fans, Nokia can’t take a chance here. They need to bring it to more carriers and there is no two-way about it.

Read more about this poll here.