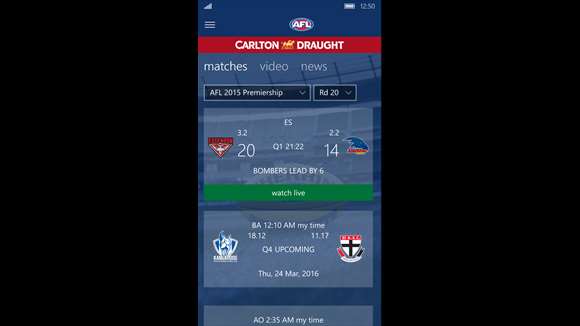 Australian Football League  has launched a universal  official app AFL Live, for both Windows 10 PC and Mobile. The app included many feature such as  scores, video, stats and more from the AFL. The app is free to download .

– Access to an extensive video archive from past seasons

– Player profiles including stats and bio

Purchase an AFL Live Weekly, Monthly or Annual Pass and you can also enjoy:

Thanks pankaj for this tip!!!!!