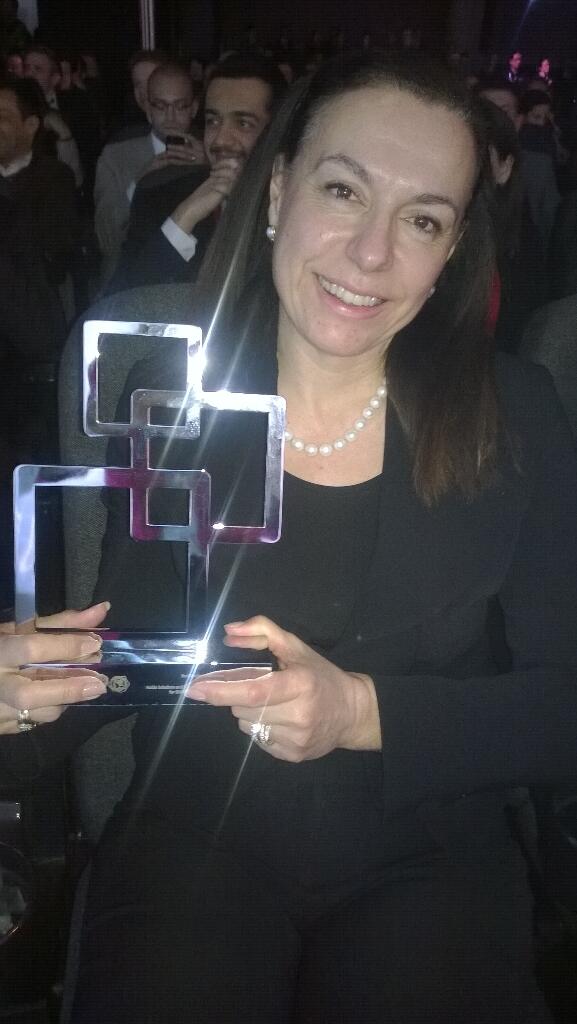 Proud moment for NSN and Nokia!! NSN and O2 have won one of the most prestigious awards, the GSMA award at MWC 2014. Above images shows Eva elmstedt from NSN with the GSMA award.

The winner takes it all, let’s bring this baby home. Our @evaelmstedt & #GSMA award for #NSN & @O2 for iSON. #MWC14pic.twitter.com/ivEXVqUzjD

Though, NSN has been quite on song in last few days!! It has been setting new network speed records, introducing new operations, mobile security solution in last few days and have emerged as the first Network company with “full cloud portfolio” solutions.

They have won one more award, the prestigious, GTI Innovation award for its “Liquid Applications”. The liquid applications signifiy NSN’s thrust on bringing cloud to networking and rhymes well with Nokia’s overall cloud foucs.

Nokia Solutions and Networks’ Liquid Applications has won a Global TD-LTE Initiative (GTI) Award in the “Innovative Solutions” category. Liquid Applications from NSN  fundamentally changes the role of base stations in the mobile network by turning them into local hubs of service creation and delivery. This allows the integration of  processing and storage capabilities with IT cloud servers so that real-time network data such as radio conditions, subscriber location, direction of travel and much more can be utilized for improved services and applications. The GTI Innovation Award is  further recognition of NSN’s continuous drive for superior mobile broadband experience and commitment to both the TDD and FDD variants of LTE.