Skip to content
You are here
Home > Latest Posts > Now a Lumia 800 spends 5-10 minutes under Icy water. Is alive to tell its story to the world!! 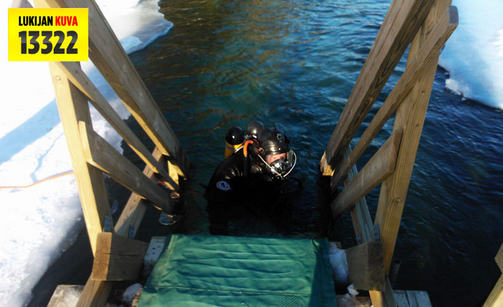 We reported the storey of Braveheart Lumia 920 which got under 24 Ton Caterpillar and was still alive and working!! Now, a Lumia 800 story leaves you wondering about the Nokia quality in similar manner. This device went under Icy water for about 5-10 minutes and when later it was dried for couple of hours and then checked it was running fine!!

After the rescue operation opened the door and took my phone charger T SIM card out of it. A couple of hours to get to, he decided to test whether or not your phone is still running. The surprise was great when the cell phone was completely normal.

Not only this, Lumia 800 even captured an image while getting submerged into water and it was as good as it should be,

Lumia surprised also in another way, as it was in the water when he was taken on a mystical image of the apparently ice alapinnasta. Transmitter brings the picture everyone wants. He said that the picture looks just like it should be, since taken, Timo laughs.

Though Nokia doesn’t claim Lumia 800 to be water-proof but this story speaks volumes about Nokia’s amazing build quality and makes you wonder, how good the water-resistant Lumias will turn out to be in future!!