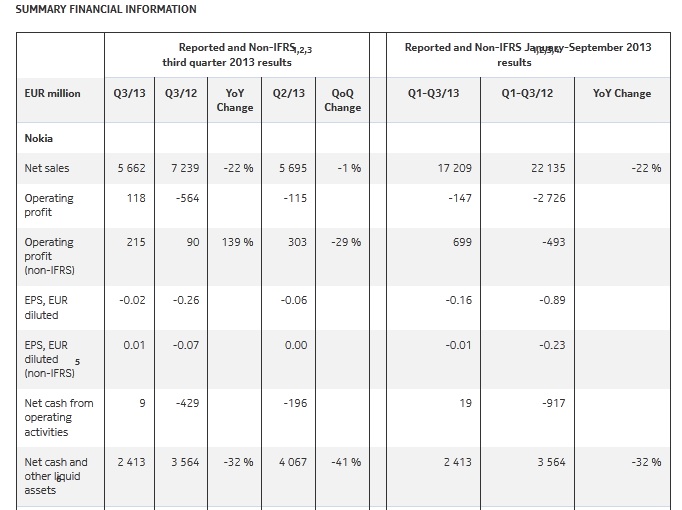 Quick heads-up!! Nokia’s Q3 results are out and here are the highlights and positives,

Some highlights from the press release,

Nokia Group achieved underlying operating profitability for the fifth consecutive quarter, with a Q3 non-IFRS operating margin of 3.8%, driven by strong performances by Nokia Solutions and Networks (NSN) and HERE.

Excluding the acquisition of Siemens’ stake in NSN for EUR 1.7 billion, Nokia Group net cash was approximately flat sequentially. At the end of Q3 NSN’s contribution to Nokia Group gross and net cash was EUR 2.7 billion and EUR 1.5 billion, respectively. –