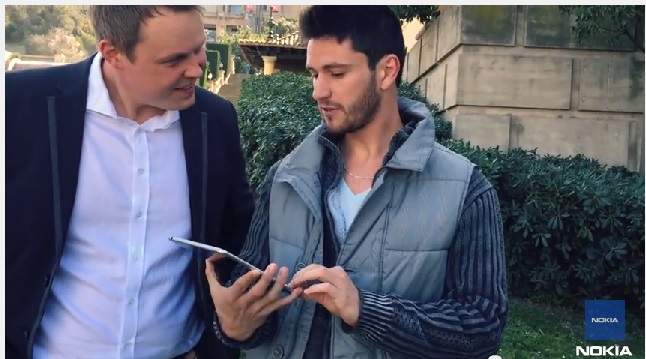 Nokia N1, the first device with Nokia design, software and brand, post Nokia-Microsoft deal was released in China as the first market. It has proved to be a big hit in terms of sales in China where all of its batches have sold out in minutes. It also won the best Android Tablet award in China.

Nokia N1 was supposed to arrive in Europe in early 2015, but the Q1 2015 is about to end without any concrete news regarding its release in markets other than China. Now, a video posted over official Nokia YouTube channel teases the Nokia N1 arrival by taking it to streets of Barcelona. It is certainly interesting to see impressions of people handling the device!! Watch the video below.

Nokia N1 can be simply termed as the best 8-inch Tablet out there with its unbeatable price (USD 257), best-in-class Benchmark performance, beautiful design and features, it packs. Read our Nokia N1 vs iPad Mini vs Jolla Tablet vs Nexus 9 comparison to get a good idea about how Nokia N1 compares to  heavyweights iPad Mini and Nexus 9 Tablet in terms of key specs and features. You can also read its camera details and watch sample image by clicking here.

We have all the specs and features listed at our dedicated Nokia N1 product page.