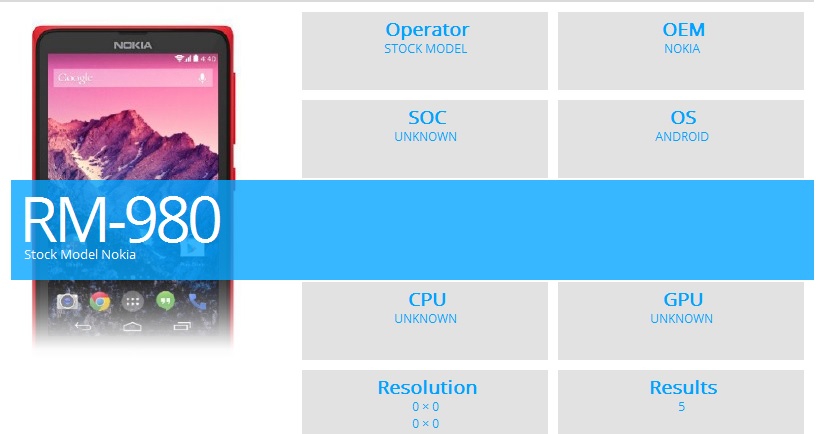 RM-980, which I always believed to be the Nokia Normandy, because of its price and 4-inch screen, was first found by us on ExIm site Zauba. Since then, NPU has been the top site reporting new bits and pieces about Nokia Normandy and RM-980.

From reporting about possibility of

RM-980 to be Nokia Normandy to the

Now adding on this, we have something which validates our belief that ‘RM-980 is the Nokia Normandy’ and which is under super intense testing in India.

RM-980 is listed at Basemark with Android as OS and the manufacturer is Nokia. Not much is revealed from the listing in terms of specs, but you can still see the BROWSERMARK scores which look impressive for such low-end device.

If you still have doubts, then this device was indeed listed as Nokia Normandy days back as the Google cached page reveals.