Skip to content
You are here
Home > Latest Posts > Nokia poses question, “Copy vs Original”.Gives Samsung dose of its own medicine :) 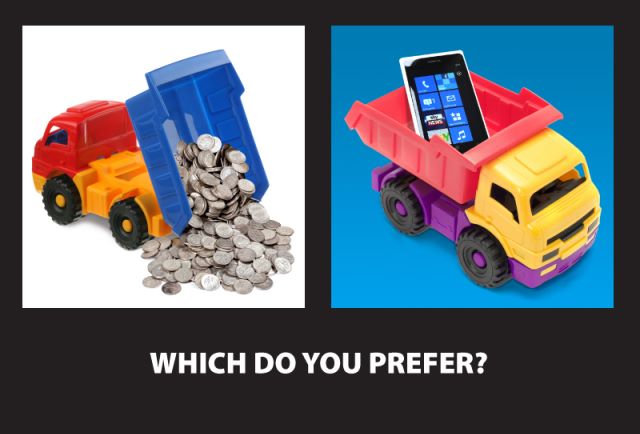 Nokia has been taking on Samsung for quite some time now. In fact it seems, Nokia is doing the same to Samsung, what Samsung did to Apple once. Grab the limelight and challenge the status quo. You may remember, the funny videos mocking “Apple fans” and how Samsung tried to sell Galaxy SII on the same day in nearby stores as of iPhone4S launch in Australia.

Apple’s win in the Apple-Samsung patent battle and Apple holding Lumia as original and innovative design in the court-room has given a great chance to Nokia to actually do so.

Have a look at the above picture. On left you see a truck with “Nickel coins”, many of  which Samsung is mockingly said to send Apple to pay for the 1 Billion dollars in fine as a result of the defeat in patent battle. The truck on right has original and innoatively designed Lumia.

So, Nokia posing question to you. Copy or original ?

One more picture of Nokia reminding Samsung that taking a cheeky single doesn’t make you win the match !!