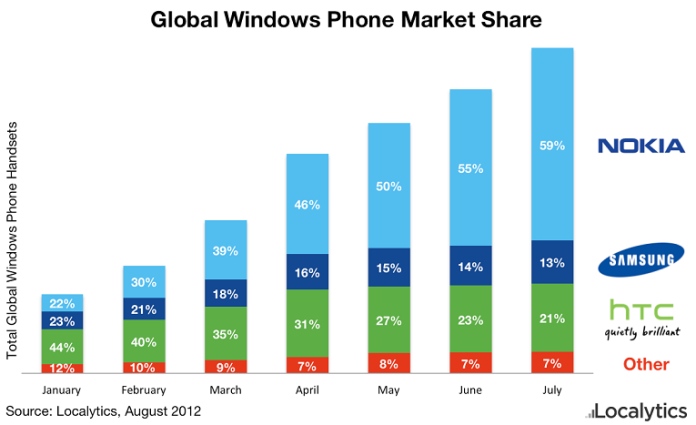 App analytics company Localytics has confirmed, from their data, that Nokia rules the Windows Phone space with 59 % marketshare in July, and if you have a look at the above chart, you can see a constantly increasing trend. This has in fact been true since March. The other companies, including HTC, Samsung and “other” have all seen their share decrease with every passing month.

But while having a look at USA market statistics, it seems that going has not been so rosy for Nokia. HTC has been and still the market leader even in July. Though Nokia’s share has been constantly increasing, but not at that pace. May be with introduction of WP8 devices and collaboration with other Carriers, it is going to change. 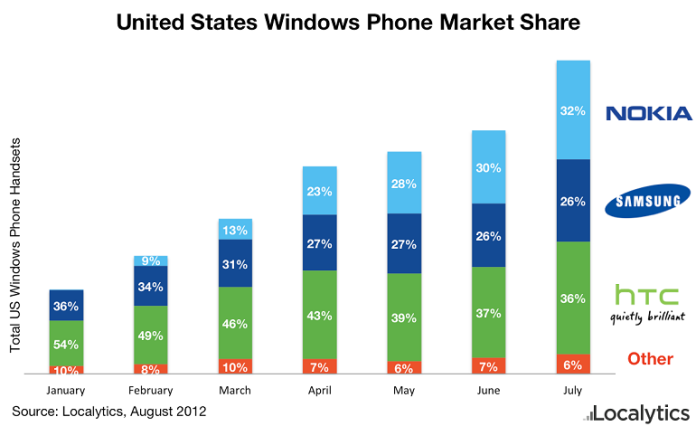 In another interesting piece of news,  Nokia has posted infographic on why people switch to Lumia. This comes after two videos posted by Nokia, featuring users who have switched to Lumia from Blackberry and Android. Check our earlier article below, 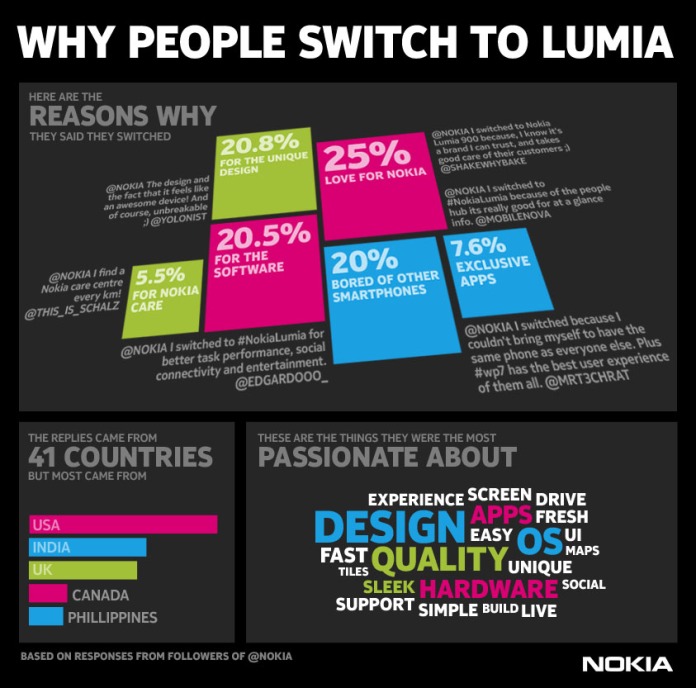