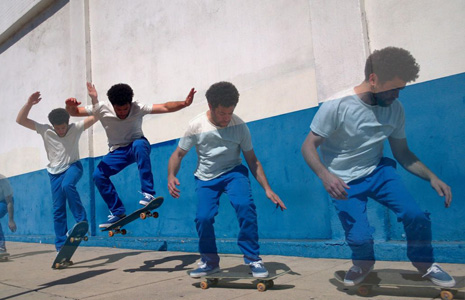 There were few important things which were mentioned but were less covered during today’s Lumia 925 event. One of them is (WP8 GDR2 update+Lumia Amber update) which is supposed to bring Nokia Smart Camera mode (announced with the Nokia Lumia 925)  to Nokia Lumia 920, Lumia 820, Lumia 720, Lumia 620, Lumia 520. Lumia 925 already is running on this updated OS+Firmware. This update will bring goodies like FM radio, Data sense, Double tap to wake up to current crop of devices. Read more from Windows Phone blog about this update below.

Speaking of updates. As I mentioned earlier, the Lumia 925 comes with the latest update to the Windows Phone 8 operating system that includes a small number of improvements and upgrades. (It’s similar in size to the one we delivered earlier this year, which brought new Wi-Fi and messaging improvements like the ability to text a reply to an incoming call.)

The new update, which is expected to start rolling out to existing Windows Phone 8 phones later this summer, brings back support for FM radio (we heard you!) and makes the Data Sense feature of Windows Phone 8 available for more carriers to offer. The update also makes it easier to select, download, and pin tunes in Xbox Music and improves the accuracy of song info and other metadata—something I know music fans will appreciate. (FM Radio and Data Sense availability depend on your phone model and carrier.)

The update includes hundreds of other small quality improvements. One final one worth highlighting, as we announced earlier, is that the update also ensures Windows Phone continues to work with Google services by adding support for the company’s newest sync protocols—CalDAV and CardDAV.

One more important detail which went missing was, Jo Harlow mentioning some announcement coming in Summer for next high-end Lumia on AT&T in reply to a question. We very well know that next device coming to AT&T is RM-877 variant of Nokia EOS aka Lumia 950, while RM-875 variant of EOS will be announced as global device.

So, as CEO Elop had mentioned during Q1 2013 earnings call, the Lumia 928 hero move will be followed by a season of new product introductions, so we can hope EOS announcement taking place somewhere around July.

Some more bits from our sources, who mention that,

WP8 version for EOS will bring other goodies like “Rich-recording” or stereo recording and may be the first Lumia device to run on quad-core Snapdragon processor and will have Adreno 320 GPU.

Finally something which was puzzling us. The RM-910 revealed by Adduplex to have 1280X768 resolution is the 3rd variant of Lumia 925 which with its WCDMA frequencies look China Unicom bound. Check the Nokia developer page here.