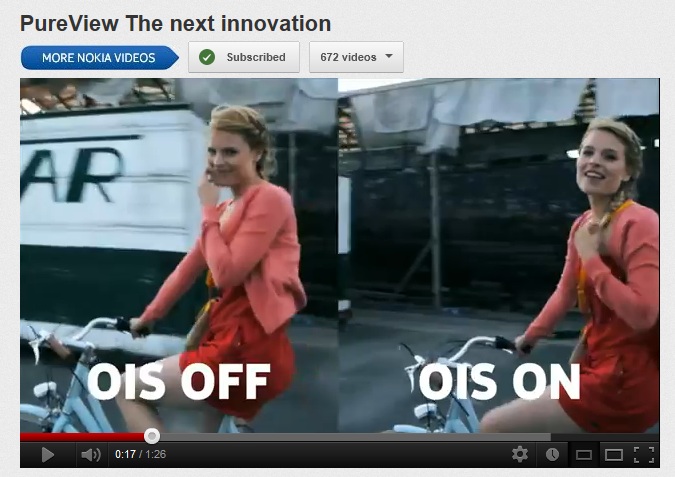 Nokia  has said today in an interview, “The ethics and compliance officer is working on an independent report “to understand what happened,”. They also emphasized that it seems, there was no intention to mislead anyone, but looks like poor judgement of not putting a disclaimer has certainly shown Nokia in a poor light !!

This is regarding a simulated promo video used for demoing the “OIS” capability of Lumia 920’s PureView Camera. There was no disclaimer put by Nokia that this video hasn’t been captured by Lumia 920, hence it caused uproar when some blogs found out that it has actually been captured by a “DSLR”.

Now, we understand Nokia is unlike many other companies which blatantly copy others and present them as their own innovations. Nokia relies on class leading innovations and is well-known for its ethical behaviour and CSR work. So, it becomes natural that Nokia Management is shaken by this incident where they needed to issue apologies twice.

“The ethics and compliance officer is working on an independent report “to understand what happened,”.

She also added that it is understood to be a case of Poor Judgment. Nokia has never claimed that the video ad was shot using a Lumia 920 but according to her it was better to put a disclaimer.

“What we understand to date is that it was nobody’s intention to mislead, but there was poor judgment in the decision not to use a disclaimer,” Sheehan said, declining to name the company that produced the video. Nokia is dealing with the situation “quickly, fairly and privately,” she said.