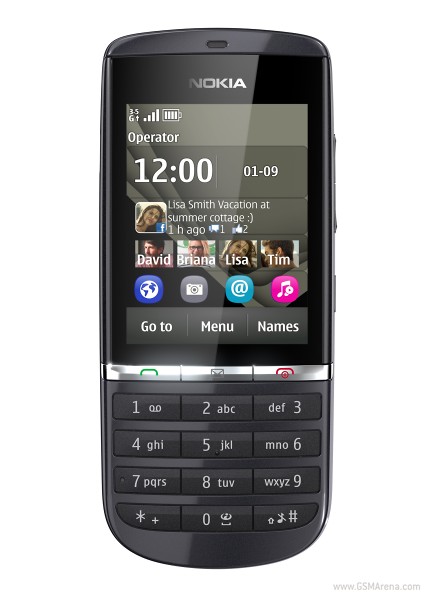 GSMarena has reviewed the second in line of  Nokia’s Asha series , Asha 300. And quite dramatically they term it as “King of ordinary”. As this series of phones have released in hope of cementing Nokia’s traditional market, then Asha 300 relies on two factors of  price and simplicity to beat competition. It features a revamped S40 interface and 1GHz processor along with new elements like Nokia store and a customizable home screen , like its QWERTY sibling Asha 303.

The Touch and Type S40 interface is at once the same yet different from the traditional non-smart UI from Nokia. Combined with an app store and a customizable homescreen, there are definitely elements borrowed from smartphones in an attempt by Nokia to extend the functionality while retaining the simplistic feel of the S40. The faster processor and 128MB of RAM are more than sufficient to run the S40 quickly and without hitches.

Conclusion of the review:

GSMarena considers Asha to be a natural choice for anyone coming from basic phone and wanting something better. They also think that with its 3.5G capability it can become a carrier choice, and a great value for money phone for customers.They also think that Nokia are breaking down the entry level segment into smaller chunks and that’s a good way for them to present themselves as the unchallenged leader, the one without alternatives. As for the Asha 300, it has a few but most of them are fellow Nokias.

To wrap up, the Asha 300 is the most likely first upgrade for someone coming from some of the most basic S30 Nokia phones. It can adequately fill in as a backup or temporary handset too. It would’ve been a lot better with Wi-Fi, but that would’ve pushed the price up. On the other hand, a 3.5G-capable phone without WLAN must be more attractive to carriers. A carrier-subsidized Asha 300 with a solid data plan sounds like great value for money.