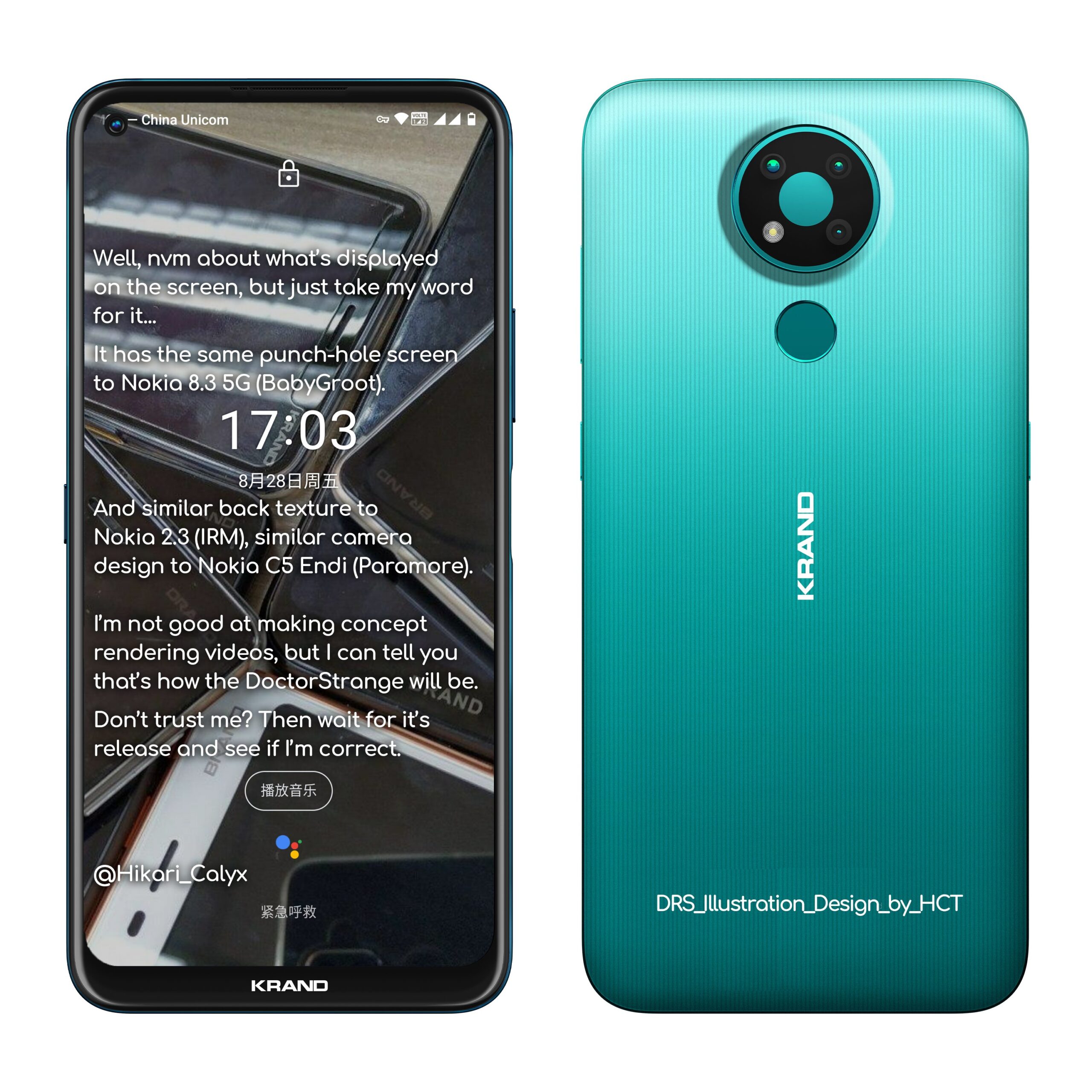 Nokia 3.4 aka Doctor Strange may be launched soon as we have noticed it appearing in many case listings and it even appeared at Geekbench. We also reported about its major specs and other details exclusively that you can read at its dedicated page.

Now, well-known Nokia enthusiast Hikari_Calyx has posted what he claims as the render of Doctor Strange, which we know is Nokia 3.4. What is interesting in the render is the punch-hole design which so far has been on very few Nokia smartphones and that too on higher-end ones.

So, here you go. That's how the DoctorStrange looks like. NVM about the misaligned volume keys, I'm just showing how it looks like from the front and back. pic.twitter.com/mKGA1iNpiy

Hikari_Calyx has confirmed details like Triple-camera setup like Nokia C5 Endi that we have also reported at its dedicated page. The Nokia 3.4 back will have texture similar to Nokia 2.3.

You can read our complete Nokia 3.4 coverage by clicking here.