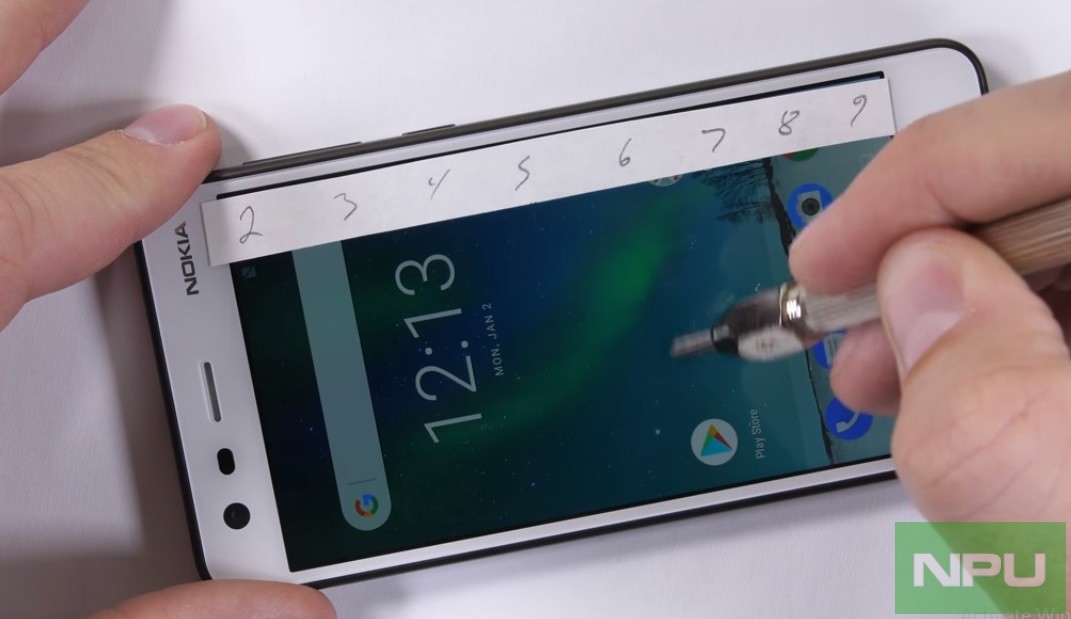 The well-known durability tester ZacksJerryRig has subjected Nokia 2 to his customary durability tests after Nokia 3, 5, 6 and 8 and has posted the video on YouTube. While sharing our first impressions we told you that Nokia 2 build quality remains top-notch because of similar design language as seen on Nokia 3. It feels robust with a 6000 series Aluminium frame and polycarbonate body.

But unlike other Nokia Android smartphones, Nokia 2 comes with a removable back. Coming to the display protection, Nokia 2 display is protected by Corning Gorilla Glass 3. So, how will it hold against torture tests like Scratch, Burn and Bend tests??

Nokia 2 in spite of being the cheapest of all Nokia Android smartphones out there doesn’t really disappoint. The display is as scratch-resistant as some of the flagships out there. Coming to the bend test the reviewer tries his best but is not able to break Nokia 2 thereby terming Nokia Phones as unbreakable. Though if you compare Nokia 2 bend test to the Nokia 3 bend test Nokia 3 seems to have done better than Nokia 2 perhaps due to the removable back on Nokia 2.