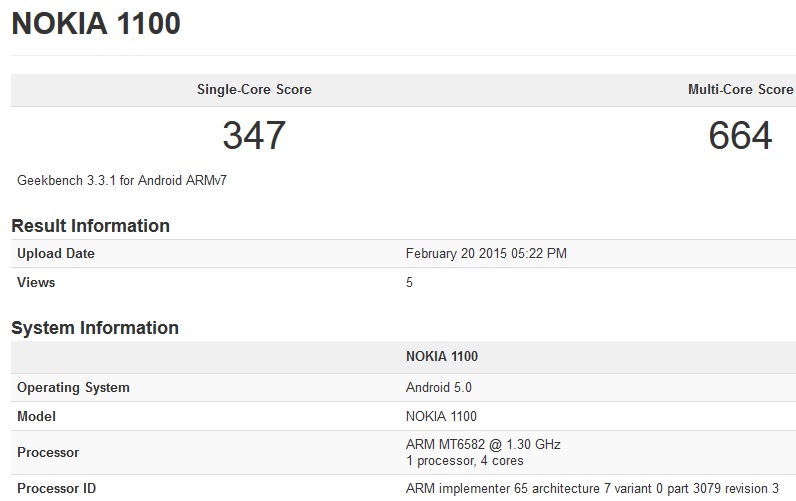 Nokia made it very clear while announcing Nokia N1 that it plans to bring Android powered Nokia-branded smartphones too, but can’t do it before Q4 2016. But rumors of fake “Nokia C1” have been making rounds and still get posted. That shows the love that Nokia Fans still have for their beloved brand.

So, here is something that should make you bit happy. Nokia 1100 was a legend of phones in terms of huge popularity and sales and guess what, it is now back with Android 5.0 and quad-core Mediatek processor. Yes, it seems Nokia is testing one of its upcoming Android smartphones and has named it Nokia 1100 at least for “benchmarks”.

The specs reveal a low to mid-range Nokia Android smartphone.

Coming to what the benchmark doesn’t reveal, you can take a guess based on the MediaTek MT6582 processor specs below.