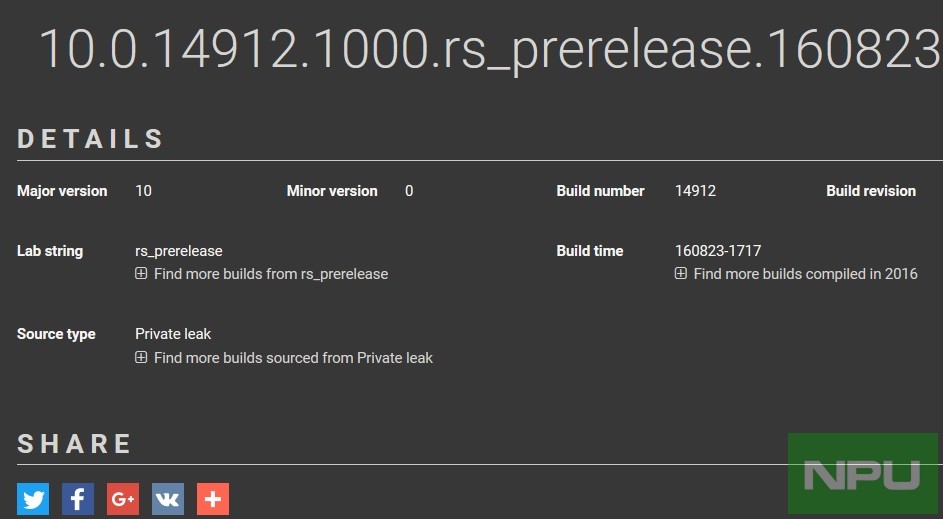 We last reported about Windows 10 Mobile / PC Build 14910 as the probable next build for Fast Ring. But Microsoft Insider team being quite busy with their internal meetings decided to not push it. We may rather see Microsoft pushing Build 14912 early next week.

Microsoft last released Windows 10 Mobile Build 14905 as the first ever Redstone 2 build and you can read our full Build 14905 coverage by clicking here. Read our hands-on review of the Build 14905 here.

As per Build forecaster’s  tweets,

@SiamoDifferenti It was canceled even though it was ready to release. The reason behind this decision is a boatload of important meetings.

@WildDreamer95 Yeah, unfortunately that is the case. It's possible that you'll get 14912 early next week as a sort of "Sorry" from Microsoft

So, it seems Windows 10 Mobile Build 14912 may be the next build to hit Fast Ring. The build has also appeared on BuildFeed. But it may not arrive before earlier this week as mentioned by the account. The Build 14912 has been compiled on August 23rd.