Skip to content
You are here
Home > Latest Posts > Updated: New Windows Phone 8.1 update 1 update may be rolling out 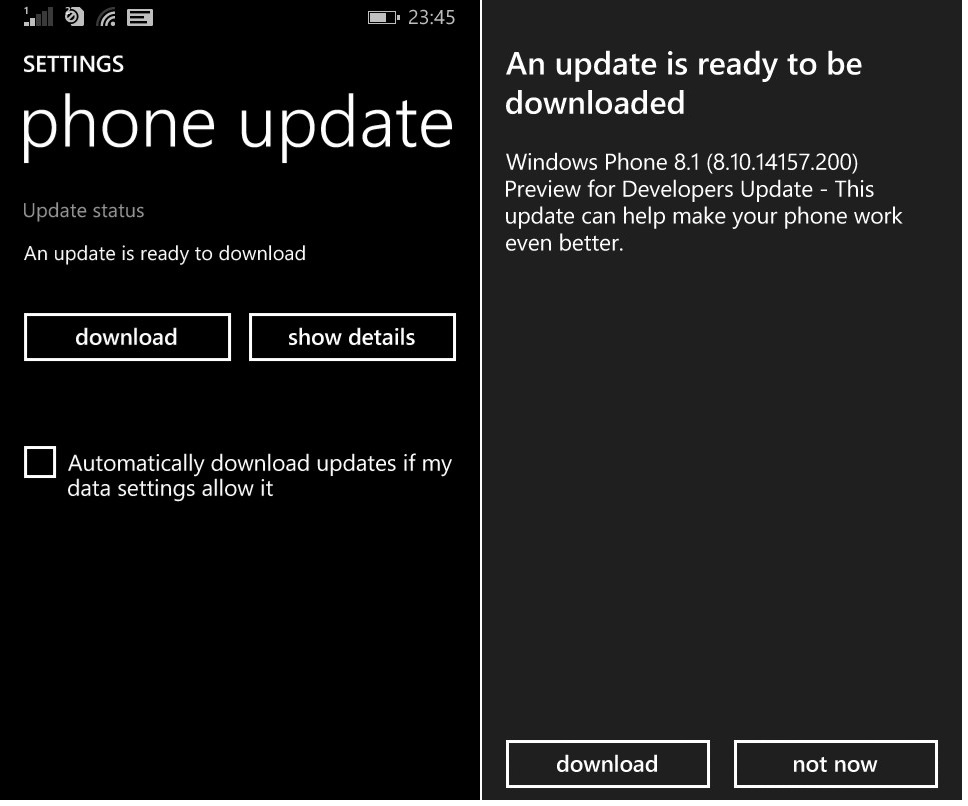 It now seems to be a firmware update meant mainly for Lumia 625. It brings no version changes and may be a bug-fix kind of update. All 4-5 of our readers, who tipped us about the update till now, sport a Lumia 625.

As per the screenshots shared by the tipster, it seems, his Lumia 625 updated to the latest Windows Phone 8.1 update 1 version 8.10.14157.200, which most of us received with the last update.

Quick heads-up!! Seems, a new update is rolling out to developers preview enabled devices. Though, we don’t have a screenshot yet to post and our devices don’t show any update, it may come sooner or later to all devices running dev preview. Check and do let us know if you see anything on your devices.

Thanks Danish for the tip. Cheers!!