We got this Tip yesterday night, but missed on it because I didn’t check my mails in morning !! In this commercial video posted by KPN Netherlands, it seems Nokia has accidentally or deliberately revealed some upcoming Lumia device. This video ad was supposed to be for Lumia 920 so if the girl is holding some other device it better be Lumia and seems Nokia found it better to give her a totally new device to hold ;).

It certainly doesn’t look like a high-end big device with a big screen but is certainly a good-looking design and by the size of it may belong to mid-range. Look at the camera placement and audio jack. It looks like a Carl-zeiss one 🙂 while the audio jack is not seen on any current Lumia as per I remember. So, is it Lumia 720 ? That’s the closest, perhaps we can guess yet !! 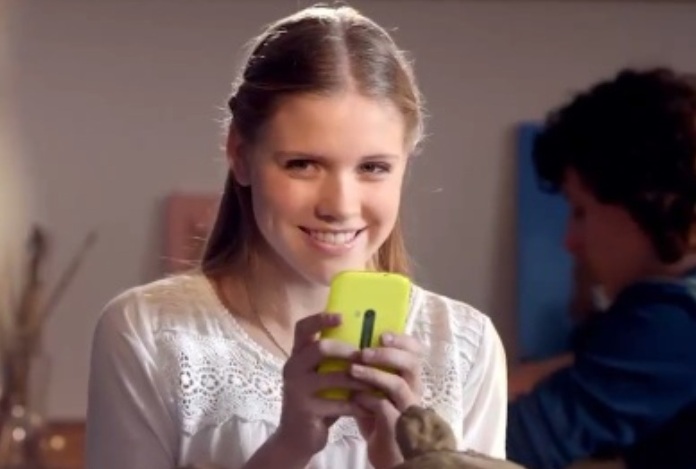 Thanks Marcos for the Tip. Cheers !!