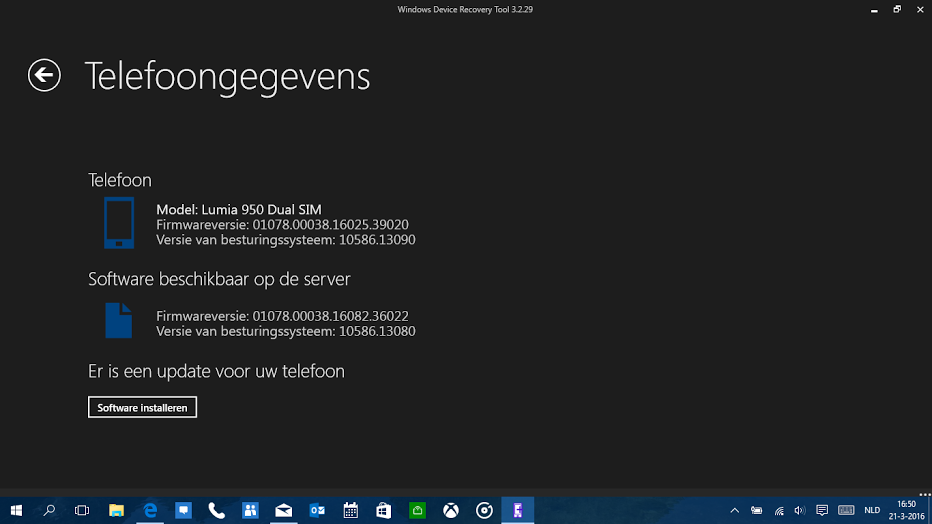 Microsoft has officially confirmed that the latest firmware update for Lumia 950 and 950 XL is only available via WDRT and not OTA. This is another thing though that it doesn’t bring anything significant and only fixes. Check the official details below.

The official firmware version available for Lumia 950 and Lumia 950 XL as per the official update info is 01078.00038.16025.390xx. It is obviously not clear what is new in this update but we will keep you update once it becomes official.

Thanks Xander Heineke for the tip and screenshot. Cheers!!