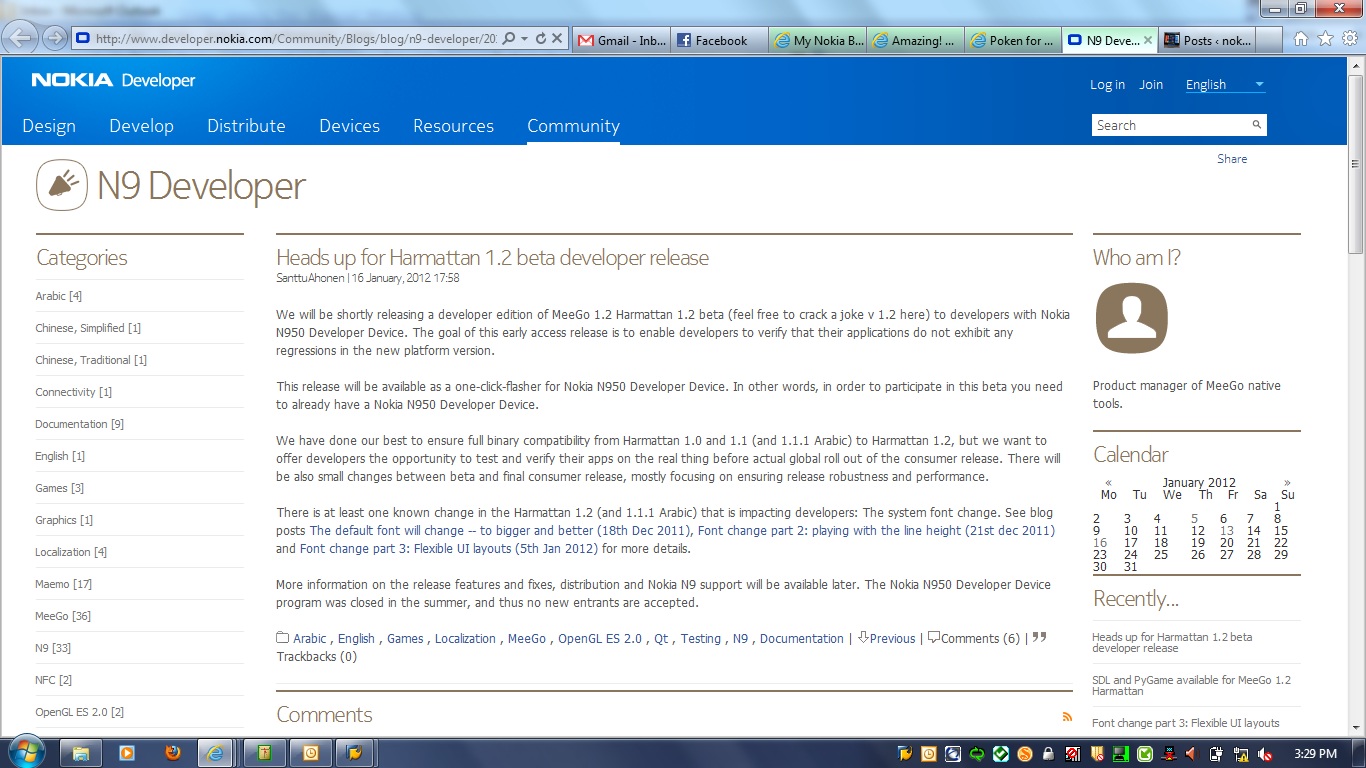 Great news for all N9 owners and those who plan to own one in future.The much awaited PR1.2 update which is supposed “to bring many new features to N9” is being released to developer’s N950 devices for testing.

It is worth noting that after release to developer’s devices,the update release to user devices takes usually 4-6 weeks .

So, N9 owners rejoice!! Nokia is really taking good care of your device.

Please catch some of the features as leaked by a lucky user and captured in our following article,

Given below is the link and screenshot of the Nokia developer article confirming the release of developer edition of MeeGo 1.2 Harmattan 1.2 beta to developers with Nokia N950 Developer Device.They state that goal of this early access release is to enable developers to verify that their applications do not exhibit any regression in the new platform version.