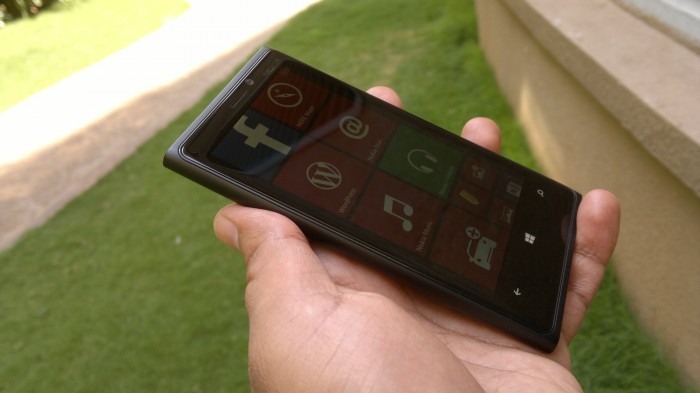 When we received our first Lumia review unit from Nokia, then it was quite late for a device like Lumia 920 which has already been released some 6-7 months back. But, taking into account the fact that this was the first compelling smartphone coming from Nokia in Lumia range, we thought of doing a impressions review of it and Windows Phone 8 OS that it runs on. Though I had used a Lumia phone earlier as well, but this was the first time I took the sim out of my 808 PureView and plonked it into some other device. Yup, so our impressions are based on continuous use of Lumia 920 as a daily driver for more than 20 days.

Things which make you fall in love with Lumia 920 instantly are:

Things I liked about WP 8:

Things, which I certainly feel can be improved or added to the existing WP8 OS.

In my more than 20 days daily use of Lumia 920 and Windows Phone 8, I really liked it as my daily driver. The Nokia quality feel and easy and fluid navigation is something that sets it apart. Though there are some niggles which can be fixed without breaking much sweat, but none of them is a deal-breaker. The low-light imaging has been a revealation on Lumia 920, with others trying to follow in Nokia’s footsteps. Throw the 41 MP sensor of 808 PureView in and you have the best device out there!!