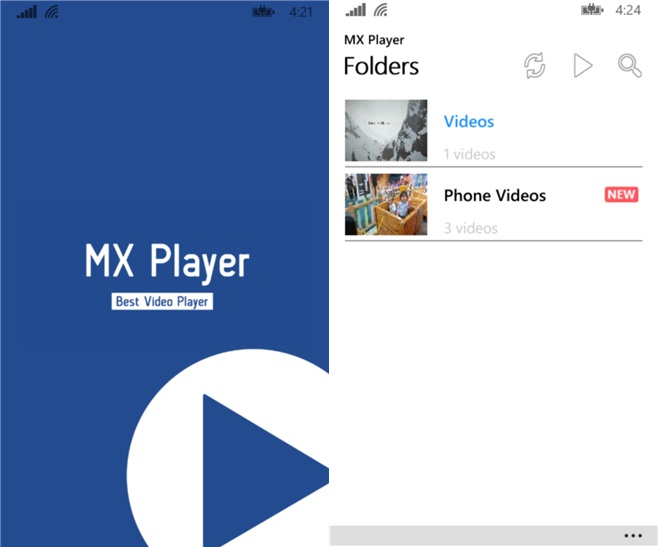 MX Player for Windows Phone that was silently debuted on Windows Phone store, has just received an update and the update brings some cool looking UI changes and more settings and options along with much smoother performance. Though, there is no changelog provided, here is what we could find, though there may be more changes.

Many new settings and options

Performance improvement is much noticeable. The app feels lighter, smoother and we didn’t see any issue like crashing or freezing during our brief hands-on with the update version

We will keep you updated, if we come to know the full changelog. One good thing is that the dev now has promised to bring as many features as Android version.

This is offical port of MX Player but contains small subset of Android version as it is early prototype version. It lacks of important features such as SW decoder, SubStationAlpha subtitle support. But we are working hard to support as many features as Android version, so you will see completed version soon.