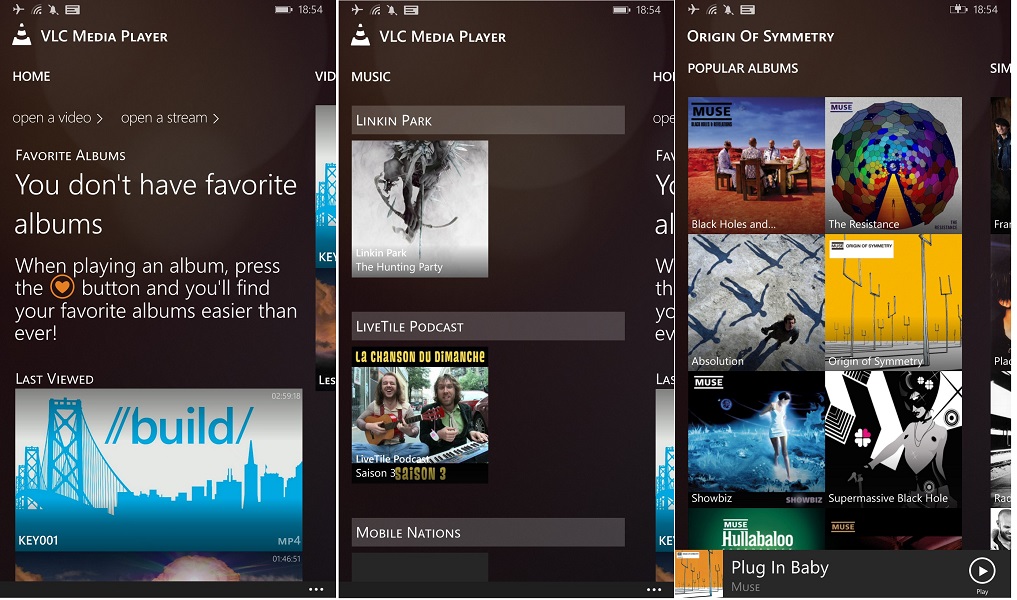 After the morning teaser, Here are many more screenshots for upcoming VLC player for Windows Phone. The screenshots reveal the app UI, which does look promising. In his blog post developer has confirmed that it will come with a transparent Live Tile option. It will also be compatible with low-end devices like Lumia 520.

The XAML code is nearly the same. I worked really hard to make a design that works well on phones, phablets, tablets laptops and desktops that to the upcoming windows mode Windows Threshold is rumored to bring (I tested with Stardock Modern Mix).

Performance-wise, the app is a lot faster than before, more responsive on tablet, and I am trying to have the best responsiveness possible on low-end phones like the Lumia 520 which has a big marketshare in the WP-world.

On when this will make its way to store,

What about Windows Phone and Windows RT?

– Well, we still have problems with the ARM compiler, that the team needs to fix. Once this is done, we will press the ‘release’ button.