Skip to content
You are here
Home > Latest Posts > More than 300,000 apps in the Windows Phone store. App momentum getting stronger? 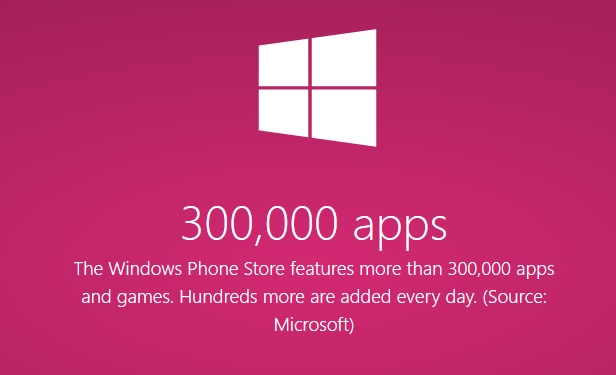 Windows Phone as a platform is receiving new features and changes closing the gap with other two major platforms and even overtaking them with the update momentum. Windows Phone 8.1 is already rolling out and we ( a sizeable number ) already playing with Windows Phone 8.1 update 1.

Now, seems the app momentum has also got stronger. Joe Belfiore confirmed 240, 000 apps in store back in February and claimed a growth rate of 500 apps per day. That growth rate should make the total app count now cross 300, 000 and this has been the case, confirms Microsoft. As the above sreenshot claims,

At this rate, by end of this year, Windows Phone store may have in excess of 370,000 apps and games and that will be a good number to talk about!