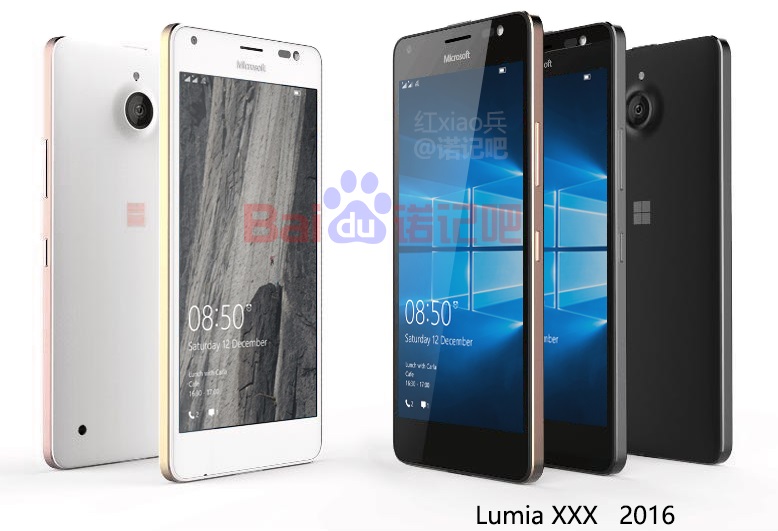 And we have more!! Today we saw one leaked Render of Lumia 850 aka Honjo in White. Now new official looking Renders of the device leak from China featuring both Black and White models. The images have the time mentioned on display image as “08:50”, eventually hinting that these may either comes as Lumia 850 or Lumia 850 XL. Interesting is the December 12, Saturday date that may either mean nothing or may hint that the device may be out soon.

We earlier reported leaked video and images of what appeared to be CAD sketches of claimed Lumia 850 (Honjo) with size-specs of 155.90 x 77.23 x 6.92 / 8.50 mm. The specs fall into the Phablet category. Then some real-life images of this Lumia 850 prototype leaked in China.

The  speculation has it that it may have a 5.7-inch, 1080 display and Qualcomm Snapdragon 617 as the processor. This takes us to our original report via our sources that had claimed two higher-end mid-rangers as coming, long time ago.

One can also notice “Iris Scanner” in the top right corner. Recently we saw a statement from Microsoft that more Lumia devices with Iris scanners are coming and that makes it more exciting.