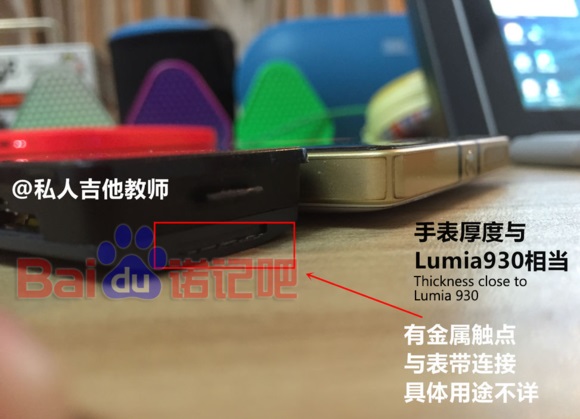 Then some images of that cancelled watch’s prototype were posted on Weibo. Time for more tear-down images that you can check below. These images reveal sensors and various parts of the Smart Watch which are clearly marked by leakster. Here is what gets revealed.

This Smart Watch was supposed to come from HERE, the business Nokia has sold off now. Job openings had revealed HERE Everyday adventures division planning to launch a stealth product in US during 2014 holidays and it hinted strongly about a Nokia wrist wearable (Smart Watch) being planned under HERE umbrella.

But Nokia fans rejoice, as we know about Nokia’s plans to launch consumer wearables targeting Wellness under Nokia’s Digital Health business in 2016. These Wearbales will be Android-based too and may be continuation of the same cancelled HERE Project under Nokia Technologies now.