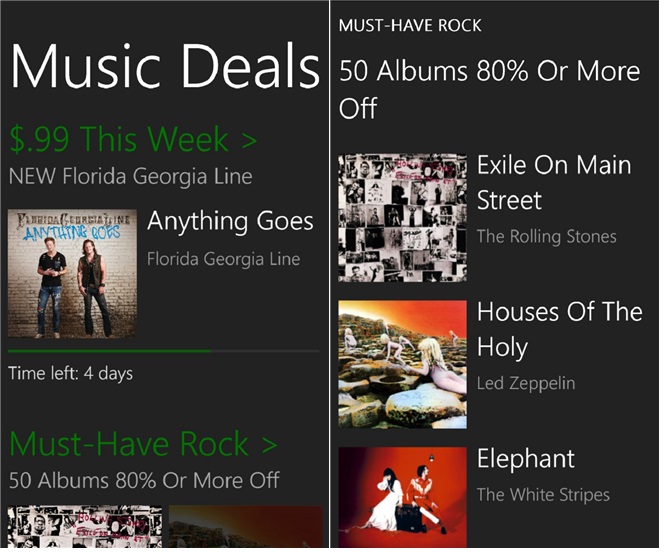 Microsoft has today launched a new app called “Music Deals” for both Windows Phone and Windows 8. Read below to learn what this app is all about and how it works.

Deals for this week:

This week, you’ll be able to download Slipknot’s latest heavy metal album “.5: The Gray Chapter” for just $.99. Some of my most favorite classic albums are also available for under $2 such as Phil Collins’ “No Jacket Required” album, Prince’s “Purple Rain” album and Fleetwood Mac’s “Rumours” (Super Deluxe) album. You can enjoy more recent hit albums like Maroon 5’s “V” album and 5 Seconds Of Summer’s debut album for under $2 too.

Big issue I see here is its limited availability across Globe, as it need Xbox Music support.