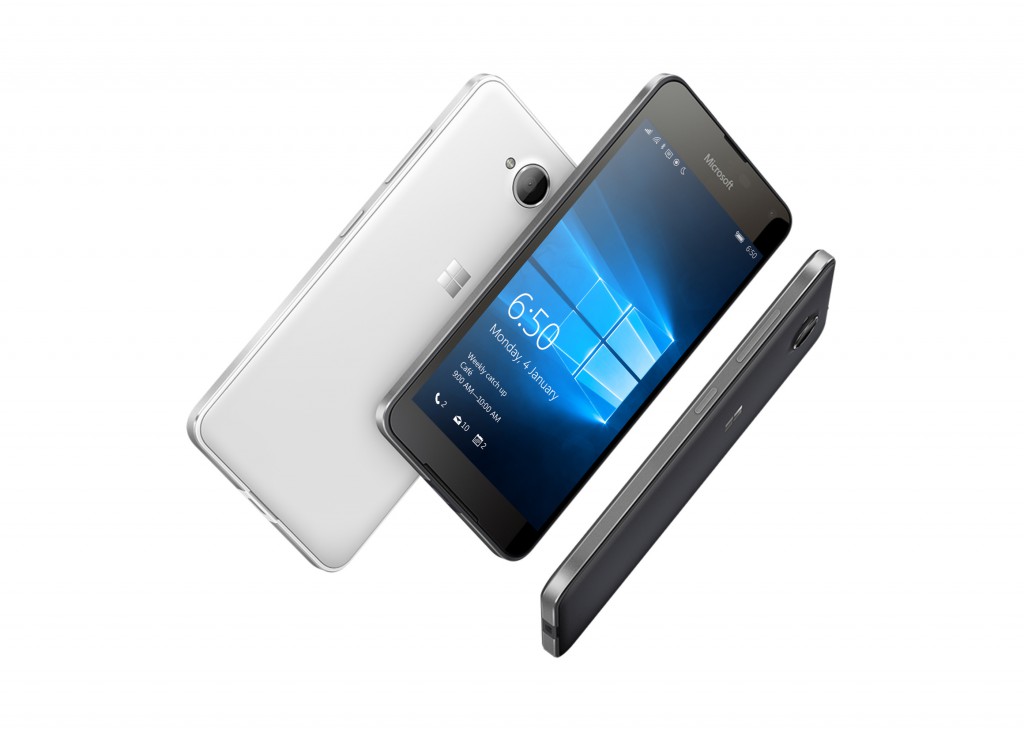 There were many leaks & reports about Microsoft’s upcoming Lumia phone, the Microsoft Lumia 650. Today finally company has released tyhe device officially through Windows Blog announcement. We have already reported it to come through many retailers in Italy. Even the official firmware of Lumia 650 was leaked online. It’s real life HD images were also leaked on the web. It was also reported that the device will be having a metal frame.

The Lumia 650 has a 5″ HD OLED display. It is having 1GB of RAM along with 16GB of internal storage. It is getting power from a 1.3 GHz Quad Core Qualcomm Snapdragon 212 processor. It has 8MP camera on the back which is coupled with a 5MP snapper on the front. It is having a slim design which is having a metal frame. The device is just 6.9mm thick which makes it the thinnest till date.

The new Lumia 650 comes in matte black and matte white color variant. It will be available in select European markets starting 18th Feb. It is priced at US$199 .