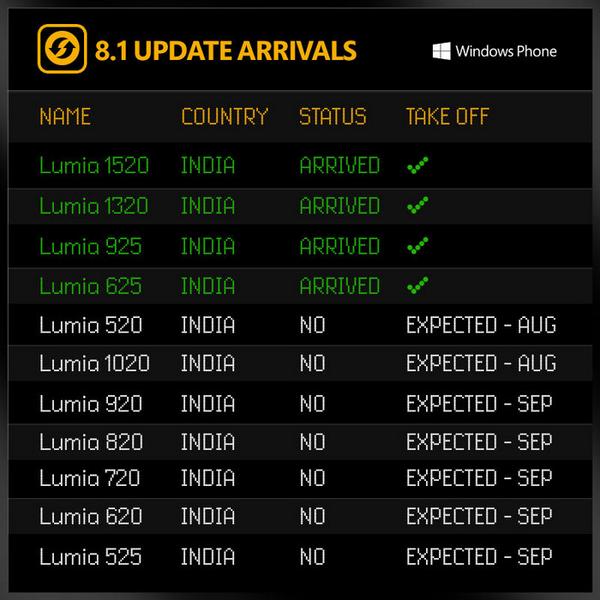 While the above image neatly provides Lumia Cyan arrival info for Lumia devices In India, it has not so good news for lumia 920, Lumia 820, Lumia 720, Lumia 620 and Lumia 525 owners. The above image posted by Microsoft India confirms the update arrival for all these devices in September.

Though the above image marks Lumia Cyan for Lumia 1020 as expected in Aug, but it has started rolling out globally already, with tracker showing availability for India too. In some markets like UK, Italy in Europe Lumia 520, Lumia 620, Lumia 720, Lumia 820 and Lumia 920 have also started receiving the Lumia Cyan update, so we think (hope) it is more of place-holder than actual update schedule.

There is no valid reason for the update schedule crossing over to September, if other regions already started getting it early in August. We still expect it to be August!!