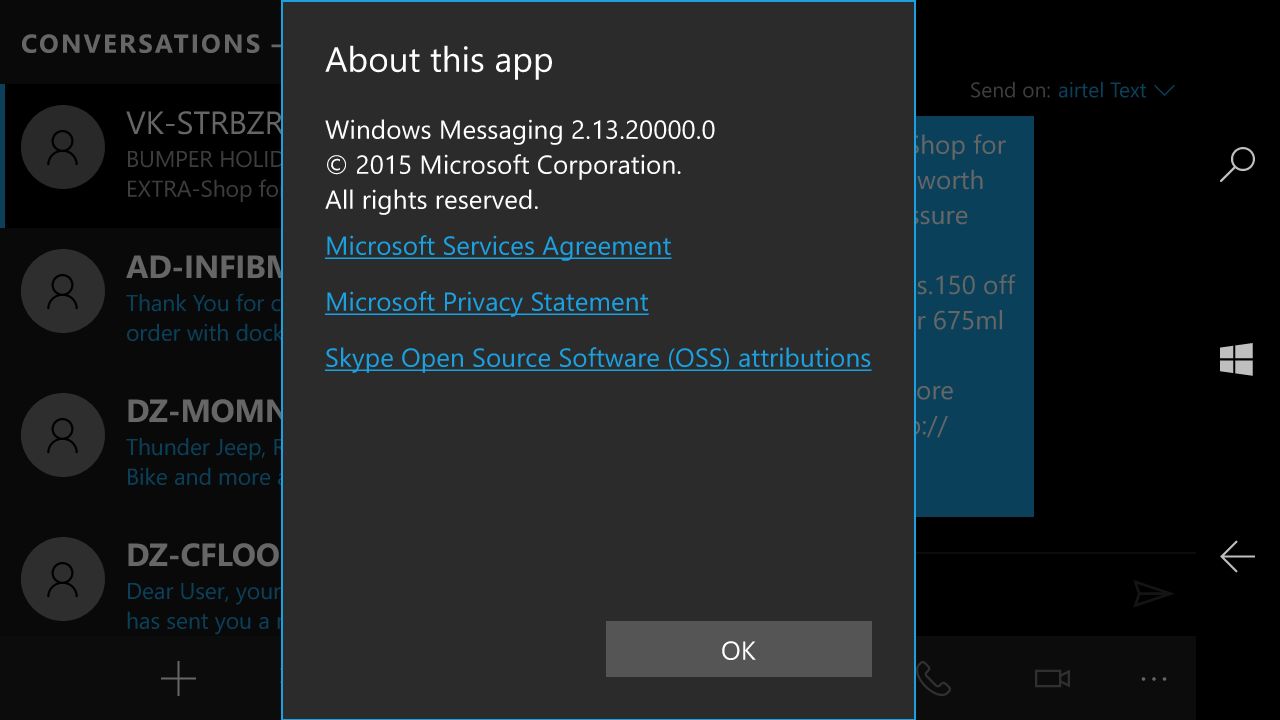 Microsoft is yet to release an update to Windows 10 Mobile to existing Lumia phones around the globe.Right now company is focusing on improving the core quality of insider builds & native app s also. Today Microsoft pushed a new update to their ‘Messaging + Skype’ app on Windows 10 Mobile. The update is just some minor bug fixes & performance improvements. For those who want ot keep track of the version number, the new update has got version number to 2.13.20000.0 .

About Messaging + Skype: Skype instant messaging, calling, and video calling come built into Windows 10—making it easier to use Skype to stay in touch with family and friends. Send Skype instant messages quickly right from the Messaging app. Have a few minutes to catch up? Start a video call in no time. Open Messaging, Skype video, or Phone from your All apps list to get going.

What’s New: There is nothing major change in this build. The company is focusing on making apps better & more stable with bringing some bug fixes and performance improvements.

You can get the update from here.