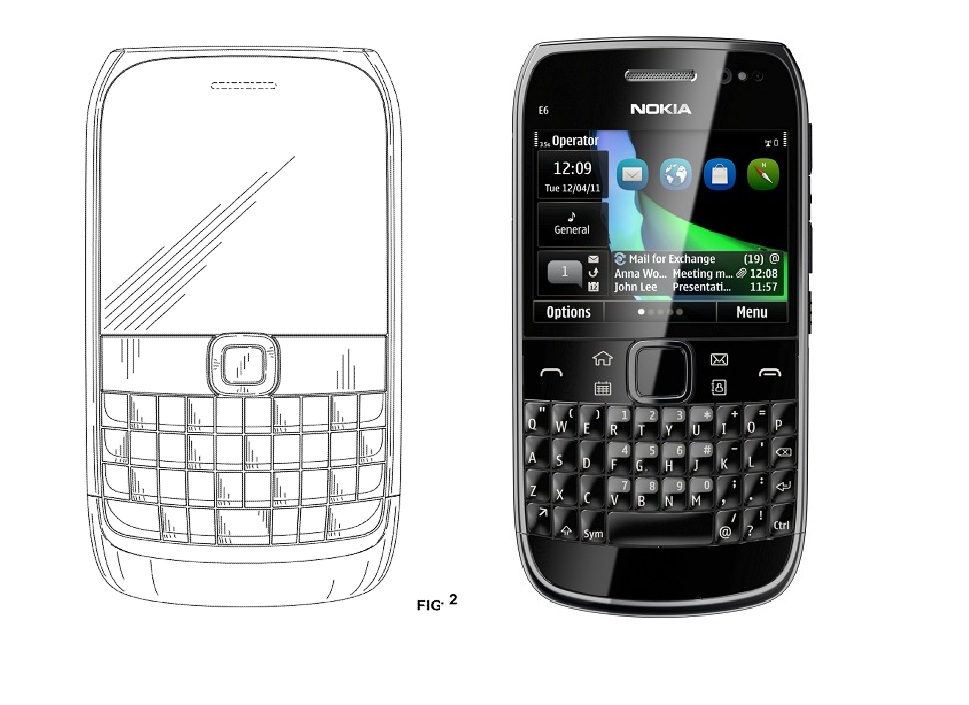 Nokia seems all set to bring a Qwerty Lumia running on WP8 soon, if a patented design by Nokia is some indication. The patent is dated May 2012, and on comparison with Qwerty Nokia E6 many differences can be seen. It looks wider, seems to have bigger touch screen and many would happy to know that it has a big Camera bump, which means it may carry a big 12 MP + sensor as E6 has a 8 MP sensor.

On comparing the back side of the patented design with E6, it again looks wider but rest of the design looks similar. Camera placement is same but the grill besides the Camera looks smaller in the sketch.

On comparing top part of the patented device with E6 some differences are seen. The sketched device seems to have extra jack for something may be a “video out” feature. Also Power button seen in E6 is missing in the sketched design.

We have heard Nokia’s plan to bring a Qwerty Lumia sometime in future,  targeted to Business users for Sprint in USA and in other parts of world as well. So, may be we are looking at a wider, bigger screen Touch-Qwerty device with a 12 MP+ Camera sensor and running on Windows Phone 8 OS.

Do you find it interesting ? Do, let us know in comments below.