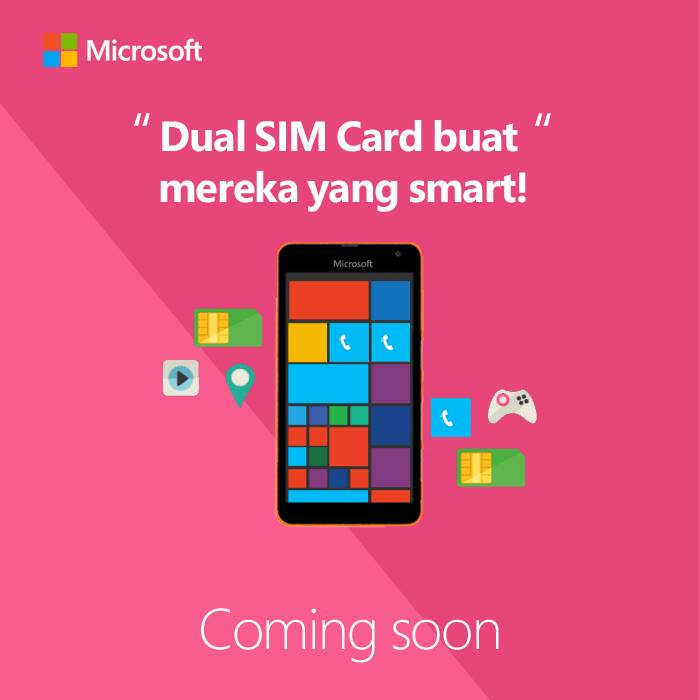 Microsoft Lumia Indonesia’s Facebook account is teasing a phone as “coming soon” that resembles to Lumia 1320 in size and design. Not only this the teaser reads “Dual simcard buat yang smart!“ that translates to “Dual Sim card made that smart”.

So, the teaser seems clear enough to assume: Lumia 1320 successor with addition of Dual-Sim support is made for smart people and it is set to be announced soon. That Lumia 435 and Lumia 532 have already been announced leaves us with no known smartphone to be teased with Dual-Sim for Indonesia too. Dual-Sim 3G variant RM-1067 has already passed certification in Indonesia. We also know how Lumia 1330 / 1335 (May not be the final name) with 5.7 inch display will bring both Dual-Sim and LTE support in a first to the Lumia range.

RM-1062 and many of its variants have been leaked in various certifications and we have,

Thanks Aziz for the tip. Cheers!!