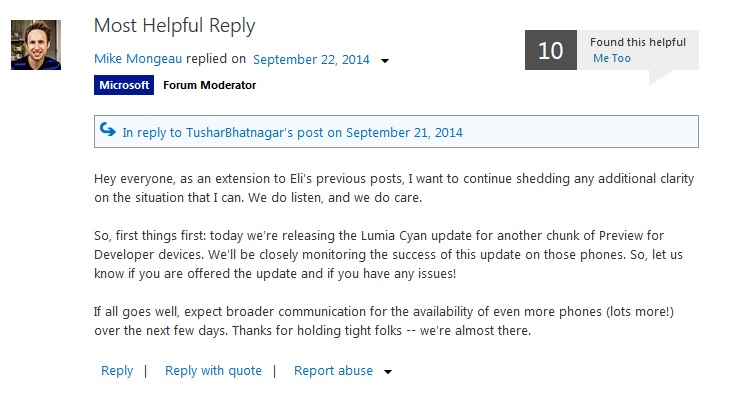 Hey everyone, as an extension to Eli’s previous posts, I want to continue shedding any additional clarity on the situation that I can. We do listen, and we do care.

So, first things first: today we’re releasing the Lumia Cyan update for another chunk of Preview for Developer devices. We’ll be closely monitoring the success of this update on those phones. So, let us know if you are offered the update and if you have any issues!

If all goes well, expect broader communication for the availability of even more phones (lots more!) over the next few days. Thanks for holding tight folks — we’re almost there.

Joe Belfiore has also confirmed Lumia Cyan ramp up, addressing of error 0x80188308 & HTC support for GDR1 with some updates to dev preview devices this week.