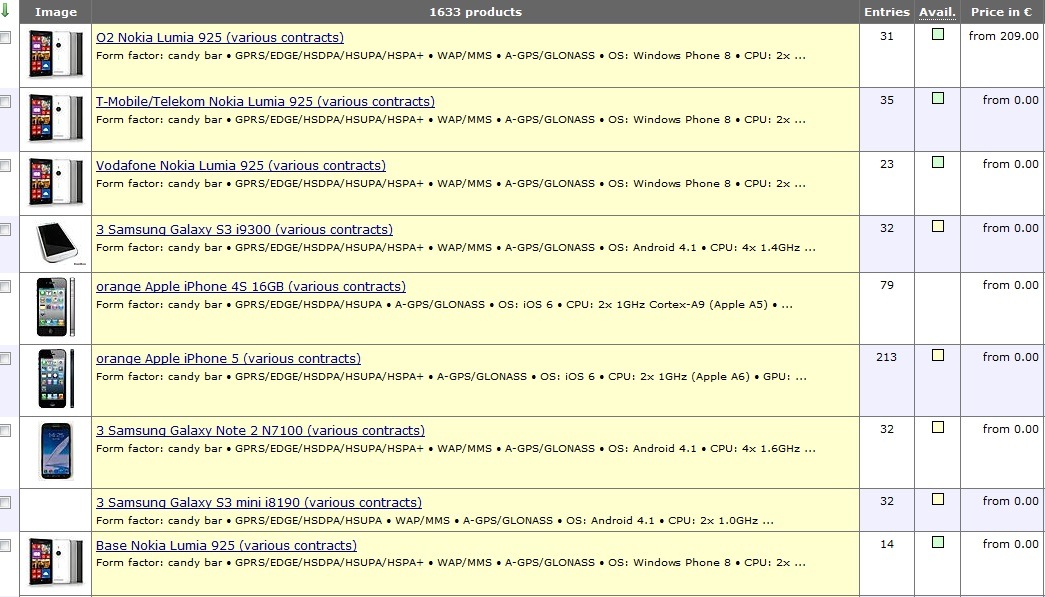 It is only getting better!! Last we reported at price comparison website Compare.eu (which compares smartphones deal across major European countries like Germany, UK and others) has Lumia 925 as its most popular on-contract smartphone with two deals taking top 2 ranks.

Check now, and top three ranks are taken by Lumia 925 on O2, Germany, Lumia 925 on T-Mobile, Germany and Lumia 925 on Vodafone, Germany. Even the 9th rank is taken by another Lumia 925 deal. So, Four Lumia 925 deals are in top 10. Europe and especially EU5 has seen Lumias growing in strength  with every passing month, so may be this is no surprise after all.

In case you are wondering where to order you can follow many links given on the Compare.eu website or below links to carriers and retailers.

Thanks DeepBlue for the Tip. Cheers!!