With Lumia 920T being in good and consistent supply and with Q1 2013 coming to end, question comes to mind, how well it is still doing at world’s largest carrier “China Mobile“? So, Today, we are bringing a report about the Lumia 920T’s sales performance at China Mobile. Let us have a look at how is this China Mobile exclusive doing across various China Mobile online stores? 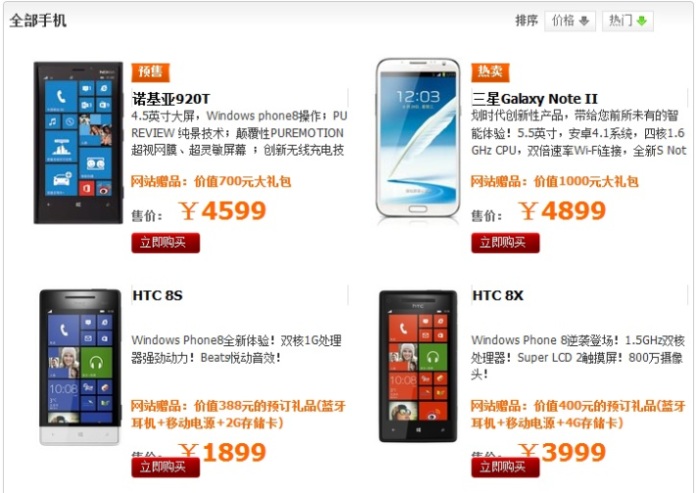 At Beijing store, Lumia 920T is the Top selling device as shown in the screenshot above clearly beating all other Flagship devices from Samsung and others. It is rather surprising to see even HTC 8X and 8S doing well at this store. It augurs really well for Lumia 720T and 520T’s sales prospects on China Mobile. 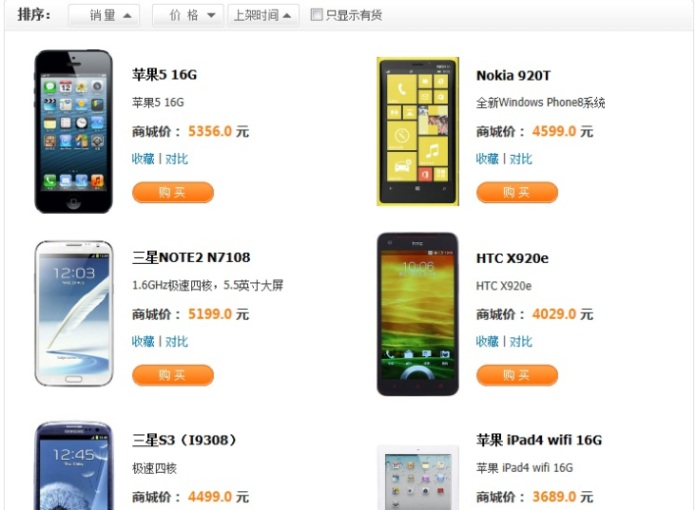 Coming to ShanDong store, Lumia 920T is the second top-selling smartphone after iPhone 5. It is outselling all other Android Flagships though !! 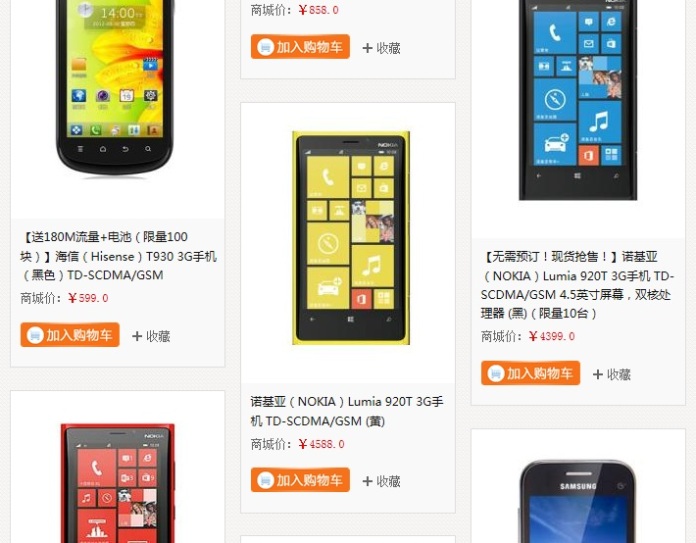 The above screenshot is from Shanghai store, where after sorting the items list by sales, “Yellow, Black and Red Lumia 920” are just behind one color model of Galaxy Note II amongst flagships, beating every other Android Flagship smartphones and ahead of other color models of Galaxy Note II.