Skip to content
You are here
Home > Latest Posts > Lumia 920 to come sim-free at Phones4u for £459. Officially confirmed to be available at 3G Orange and T-Mobile. 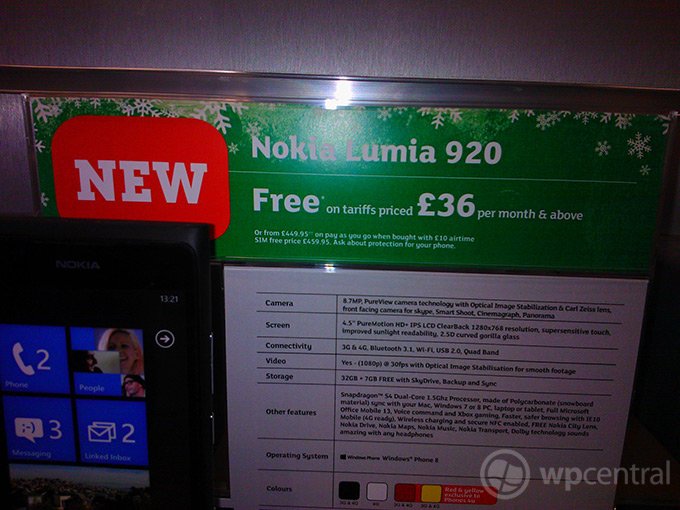 This is really great news for those wanting to go for Sim free Lumia 920, and I reckon there are many. One of the reasons behind demand for Sim-free version is unreasonable data caps of EE plans. Now, one leaked image is going to change many thing here. Phones4u has partnered with Microsoft to be the centre of “Windows Phone launch” across UK and for that they are decorating their stores with promo material. Some kind soul clicked pics of one of the promo material from their store and it reveals,

Sim Free price of £459.95 for Lumia 920, which to me is very reasonable and may save you from going for any painful on-contract deal.

One more news about Lumia 920’s availability has been confirmed officially by Nokia UK, which may give many much pleasure. Lumia 920 will not be only available at EE’s 4G network but it will be available with both Orange and T-Mobile’s 3G networks as well. Actually, we reported similar story yesterday, but now we seem to understand it completely.

Looks like White Lumia 920 is EE exclusive while Black Lumia 920 is coming to both Orange and T-Mobile 3G networks as well.