Lumia 920 is being rumored now to come to AT&T on 21st October.In another news byte, Windows Phone 8 sign off has been reportedly done by Microsoft. These are two separate news bytes, but the latter may have a bearing on the former. As reported earlier, WP8 sign off getting delayed was the reason of Nokia not being able to announce launch dates of Lumia 920 and 820. So, may be the sign-off now, give a chance of bringing Lumia 920 earlier than expected, in October itself.

BGR has confirmed with a trusted source that AT&T’s Flagship smartphones will be launching on October 21st. This will include the Nokia  Lumia 920.

Livesino.net has posted pictures of what looks like the Windows Phone team signing off the RTM Signature Edition of Windows Phone 8. Especially the picture shows Terry Myerson, Corporate Vice President, Windows Phone Division signing on the RTM wall. A Microsoft team member has tweeted these pictures on Weibo of China.

Thanks Mica for the Tip!! 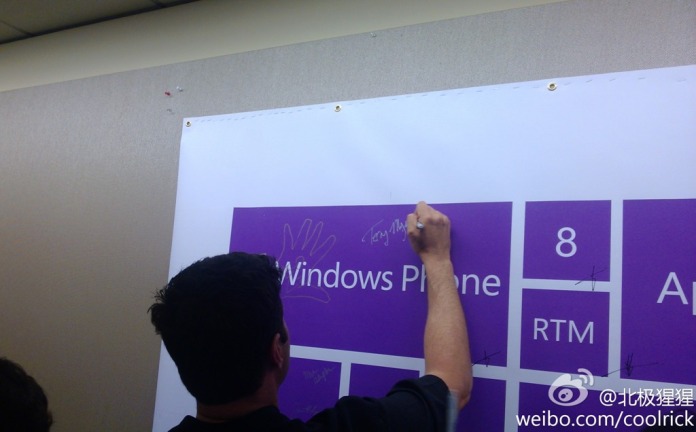