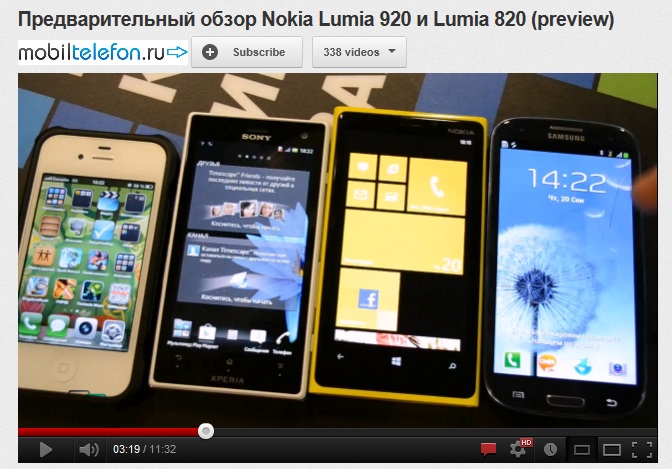 Mobiletelefon.ru has managed to Nokia Lumia 920 and Lumia 820 for some time to play with. Lucky them, I seriously envy  !! They are the same guys who posted the OIS demo video of Lumia 920 vs SGS III mounted on a radio Toy car.

They have now posted hands-on review of both the handsets and posted a 11.32 minute long video, showing the various features of the handset, comparing it to leading handsets such as the iPhone 4S, Samsung Galaxy S III, Sony Xperia Acro S, Xperia P.

Some noteworthy impressions from them:

Click here for going to their full hands-on review. Via