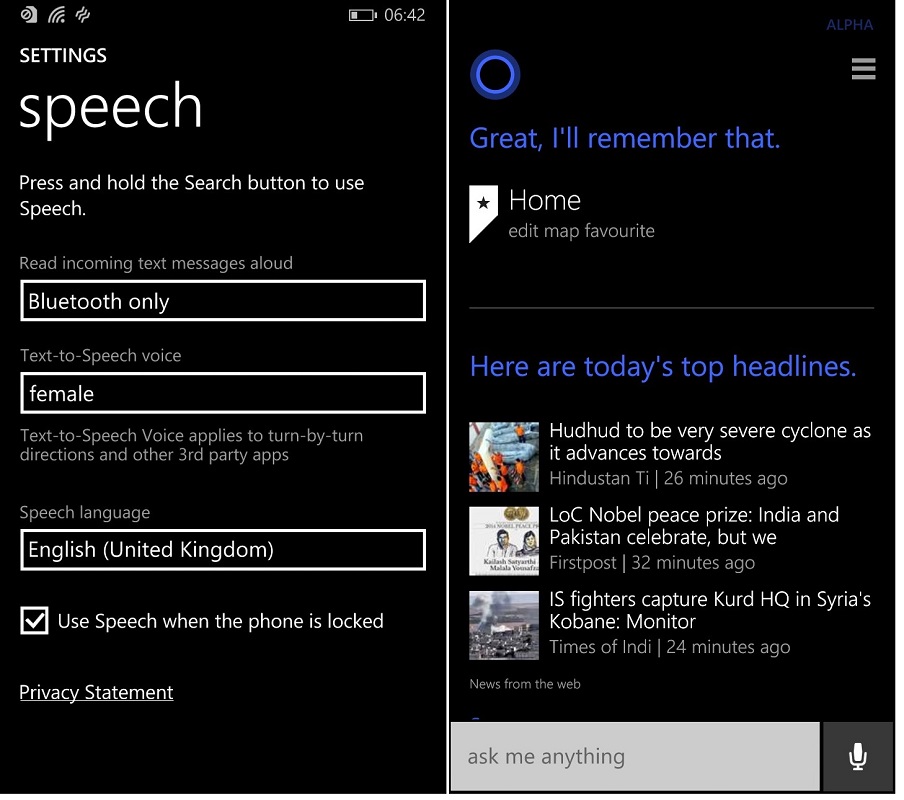 So, in case you have just become proud owner of any of the two latest Lumia devices, Lumia 830 or Lumia 730, you may be happy to know that it comes with Lumia Denim firmware and Windows Phone 8.1 update 1 out of the box.

Which means, Cortana Alpha should be there on both the devices for supported countries like India, Canada and Australia. Yes, it is present there in the app list, but you need to make a small change in speech settings before you can use it. You need to set the speech language as “English UK” for India and Australia and “English US” for Canada and you should be able to use it, as can be seen in the above screenshot.

We reached to Juha, the Imaging expert at Microsoft mobile with our query and he says that Lumia Camera will come later this year. This is one more classic case of building up the excitement and then making users wait!!