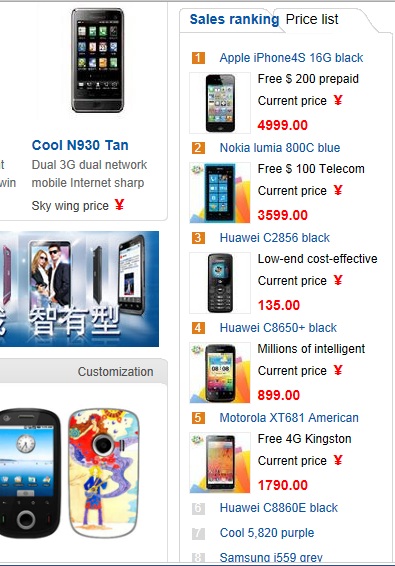 It has been almost one month since we reported this news for the first time. And still Cyan Lumia 800C  continues to hold its second ranking at China’s one of the largest operators China Telecom. Lumia 800C was launched sometime back on China’s one of the largest operators China Telecom. What brings lots of hope for Nokia is the fact that it has been received very well and now is ranked no. 2 on the sales chart of China Telecom. And here also it is Cyan model which has caught the attention of buyers it seems.