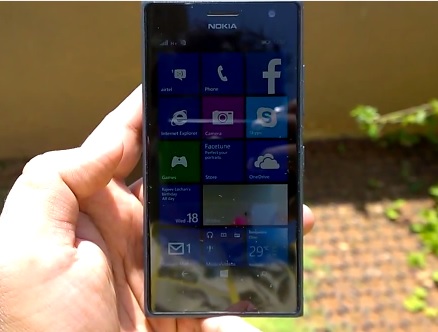 One of our sources has shared an interesting yet slightly confusing tip with us that gives Lumia 750 a new lease of life. If your remember we had reported about leak of Lumia 550, Lumia 650 and Lumia 750 (Specs sheet sent to WMPU by their sources), but later WMPU sources reportedly told then that these were cancelled by Microsoft. Even our sources told us only about Lumia 850 still being under testing.

But later Lumia 550 made a comeback by being visible in Distributor database and even in leaked PPT slides. Time for Lumia 750‘s resurrection!!

The device is confirmed to replace Lumia 730 / Lumia 735 that has reached EOL. It should be launched in India between mid-December 2015 to early January 2016. When we questioned our source about Lumia 850, as per him there is no plan to launch Lumia 850 this year and may be by Feb-March next year, we should expect more Lumia devices with 4G support. As per the latest tip, Lumia 750 should land as “Lumia 750”, unless Microsoft decides to change its name to something else at the last moment.

Here is what you can expect with Lumia 750 in terms of specs, though we mayn’t have all the correct info yet.