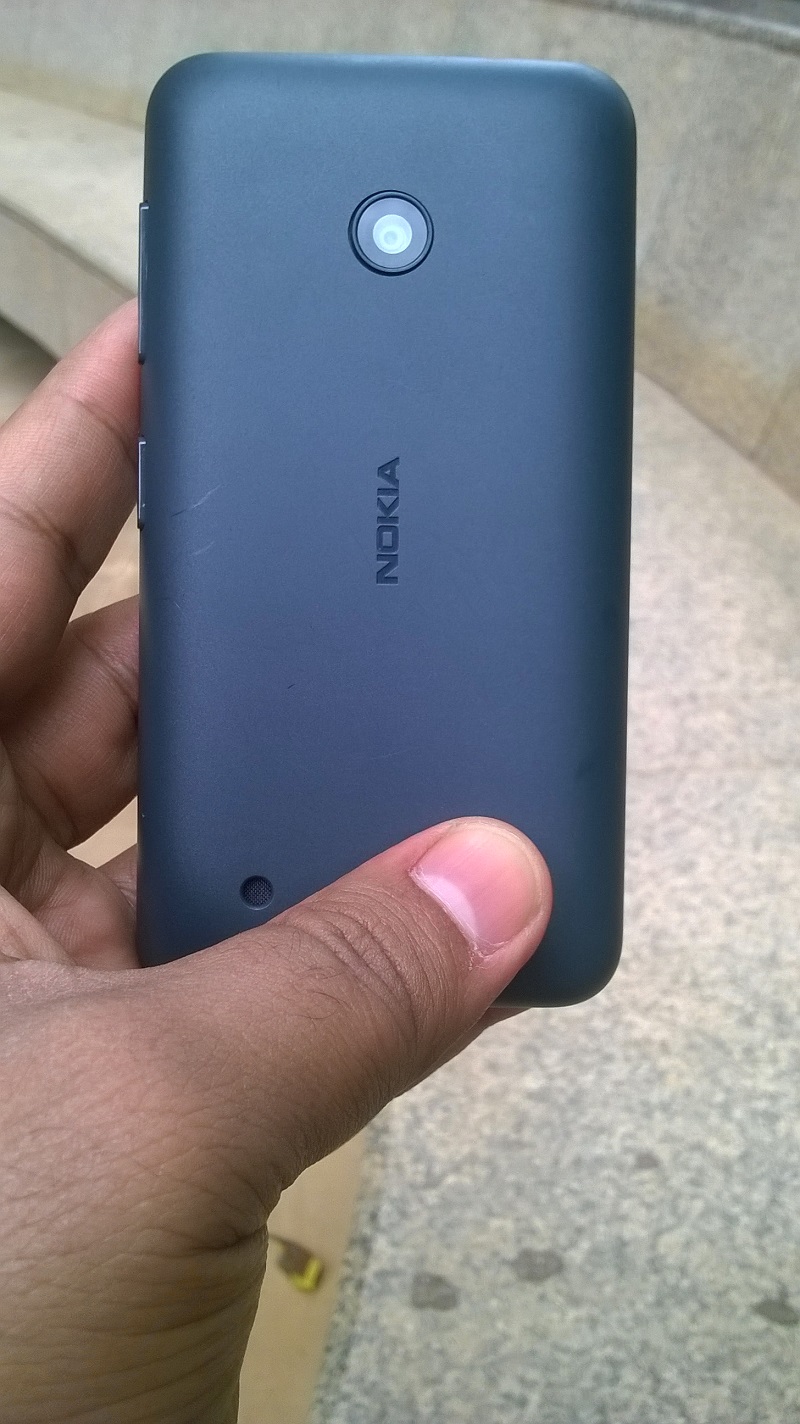 Lumia 530 takes the Windows Phone (Lumia) range to its lowest price point ever. It is the second Dual-Sim Lumia device after Lumia 630 and in spite of being the cheapest Lumia ever, still boasts of a quad-core processor. We review the device based on our one month usage of the Lumia 530 as our daily driver, per NPU’s tradition.

Design wise, it may not be one of the most beautiful Lumia devices ever created, but still looks well-built and robust for a budget smartphone. It gives a feel of robustness and reliability when you hold it in your hand, but still is a bit chunky for my taste. With its small size, it is highly pocket-able, though.

The display is bright but lacks ambient light sensor, hence there is no auto-brightness adjustment option here. But one can go to Display settings and control level of brightness and color saturation and temperature. It has good viewing angles and is still readable outdoors.

It has been rock solid as my daily driver and I have never seen it freezing or restarting even once during my long usage period. The browser is really fast with best-in-class panning and zooming, while rendering web pages. Apps open really fast and everything runs without lag. You can watch our videos comparing performance of Lumia 530 to Lumia 525 and Lumia 630 below. It gives a neck and neck fight to Lumia 630 (which comes with better processor), in terms of speed and performance, which is really amazing.

It has a 5 MP fixed-focus rear camera without flash and as much as we dislike lack of camera button and flash, the camera is not that bad. You can read our Lumia 530 full camera review and imaging comparison with Lumia 525 here. Check below for its video sample and read our conclusion,

It is on par with Lumia 525’s camera and that makes it a decent daylight and low-light shooter. But at the same time, it doesn’t handle macro capture well due to its limitation. Video capture is perhaps the weakest point of Lumia 530 camera. For the price point it retails at, you can perhaps not go wrong with it, of only stills is what you want.

Gaming on Lumia 530 is surprisingly good and takes advantage of its quad-core processor. You can really enjoy gaming on this device if display size is fine for you. Videos play smoothly and look good on Lumia 530’s 4-inch display.

Music output is loud and clear. We didn’t find any audio distortion even at full volume, but if you want Dolby quality output, better go for a higher-end Lumia. You can watch the video below for gaming hands-on, video watching and music output quality.

Lumia 530 has good battery life and I have been getting around 24-26 hrs of battery life with heavy “blogger” usage of the device which involves lots of browsing, apps testing and daily chores. Consider it around 30 hrs for a moderate to heavy use and that is really very impressive.

Though for better battery life you may like to give our earlier posted tutorial a try. Frankly speaking, the Battery life is really great and it compared to a Lumia 520, it lasts almost 20%-25% more on one charge.

Lumia 530 offers stellar call quality and the reception is usually very good. I didn’t face any issue like call drops etc and it holds well even during long conversations.

Windows Phone store has crossed 320,000 apps and games per the latest information. Since it runs Windows Phone 8.1 out of box, one can installation apps on MicroSD card and can even move the apps from Phone memory to card memory. So, with Lumia 530, you can really install any number of games and apps available on store and have a blast.

You can see our videos comparing Nokia X2 with Lumia 530 below. This may help you in taking the purchasing decision between Lumia 530 and Nokia X2.

Lumia 530 is available for as low as Rs 5043 in India and has launched for $69 (no-contract) in US. It is the lowest for which one can get a quality Lumia device with quad-core processor. It has solid build quality, latest quad-core Snapdragon 200 processor and great software which keeps it smooth under trying usage conditions. Battery life is good too.

We have some complaints and they mostly relate to compromises done for keeping the cost low and design wise it is not that inspiring too. If you are in India and don’t mind trying Nokia X range, you can get Nokia X2, which is much better in design, display and packs goodies like Glance screen, double tap to wake up etc.

Lumia 630 is also great option, if you want to try a better Lumia without shelling much. Read our Lumia 630 review here. But, if you just want to buy your first no-frills smartphone and want it to be cheapest yet smooth, go for Lumia 530.