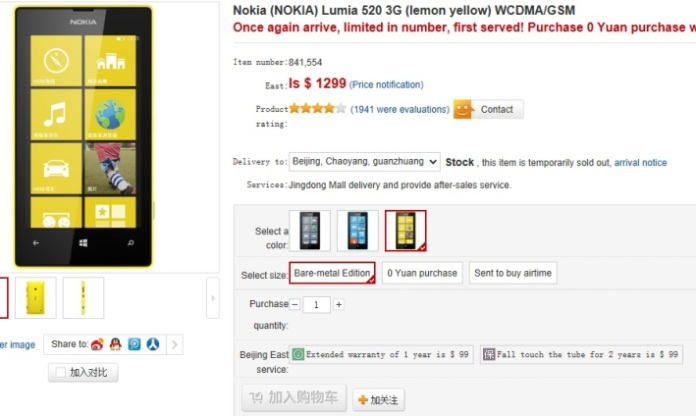 Lumia 520 was launched with expectation of being sales volume driver for Nokia and it already has been proving itself capable of doing so in markets where it has been launched. In China, it has been sold out for 2nd time in a row at Nokia’s official Jingdong mall store in all colors. What is more interesting though, is that in such a short time period post launch it has been reviewed by nearly 6000 buyers (1942 for Black, 1939 for Cyan and 1941 for Yellow). Compare this to any other Lumia WP8 device and it has already equalled them in no. of reviews for every color  model.

With Lumia 620 already accounting for a big % of Lumia WP8 sales in Q1, it may be Lumia 520 which expectedly will push Lumia sales volume to next level.