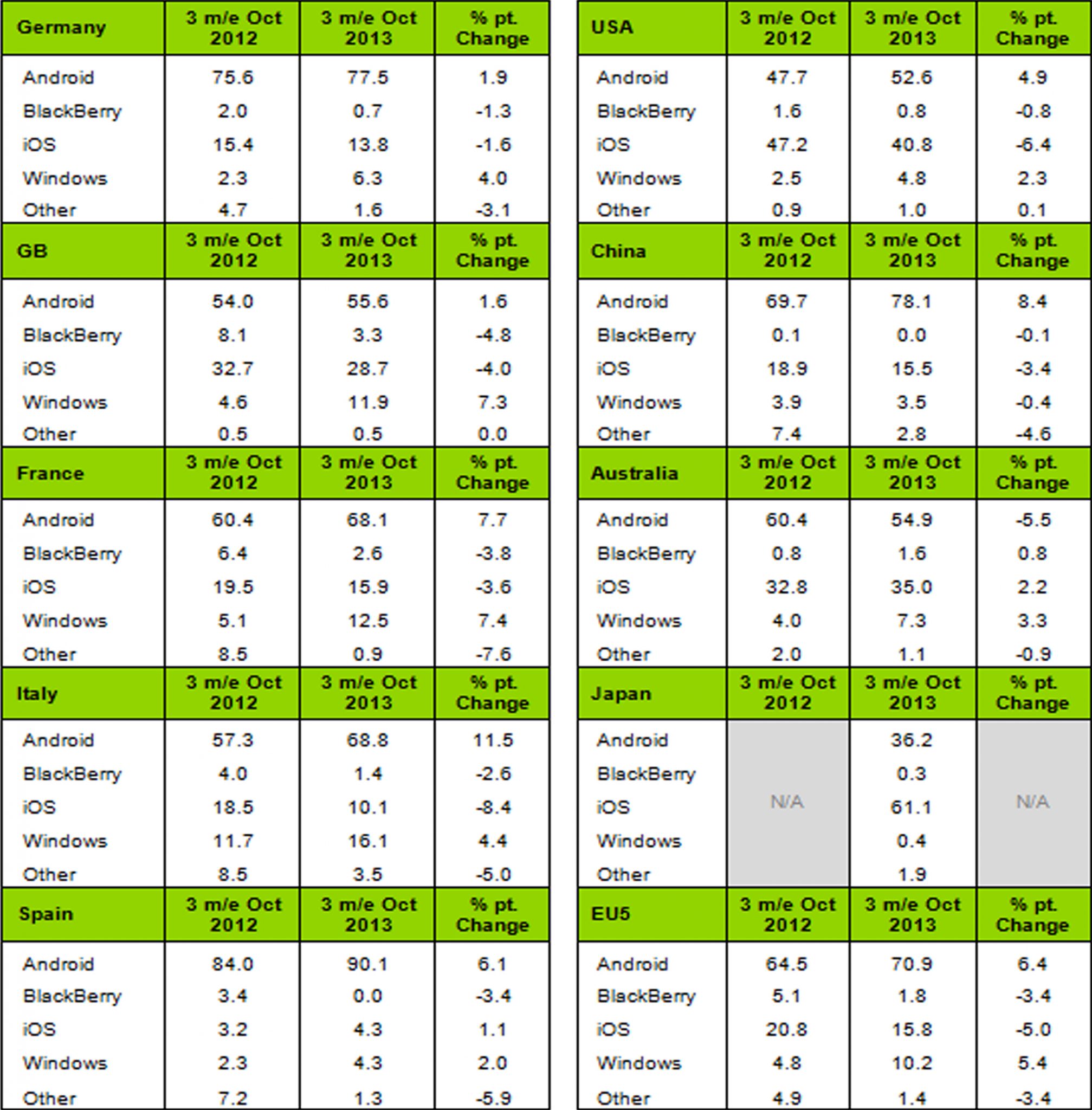 Great news coming from Europe for Windows Phone. The sales share has for the first time crossed 10%. This data is for 3 months to October 2013. The data also highlights how Windows phone is growing closer to iOS market share of 15.8% in Europe. This is in spite of iPhone 5S and 5C launches, which have failed to put Apple back to its original sales share when iPhone 5 was released.

Windows Phone however has kept growing impressively and now is at 10.2% sales share.

Windows’ progress had continued in the latest period, with share in the five largest EU economies* now past 10% and share in the US close to 5%.

Sunnebo comments, “Momentum for Windows Phone is continuing, although its growth remains reliant on low-end handsets. In Britain, almost three quarters of Nokia Lumia sales in the latest period were low-end devices such as the Lumia 520 and 620 – a pattern that is similar across other EU markets.

US market has seen a small rebound with sales share at 4.8% while Australia also sees respectable sales share of 7.3%

Though it seems that China still remains elusive,

“China remains a key challenge for Nokia, with its market share languishing at 3.5%. Local Chinese brands are becoming increasingly dominant in the world’s largest smartphone market, selling high specification Android devices at low prices. If Microsoft partnered with a major local brand it could help drive Windows Phone momentum but, with the Nokia takeover imminent, this does not look likely to happen anytime soon.”